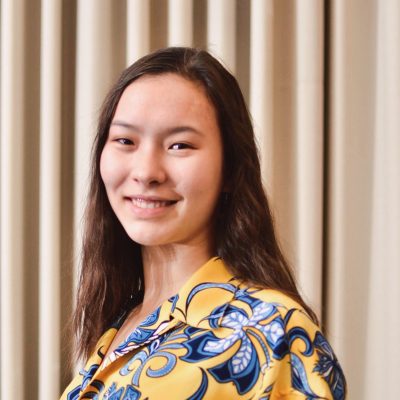 Nali Welinder, originally from Long Island, New York, is attending Stanford University pursuing a degree in computer science. They started learning the violin at four years old, and attended Juilliard Pre-College for eight years in middle and high school. They played in Carnegie Hall’s National Youth Orchestra of the United States of America from 2017-2019, traveling to Latin America, Asia, and Europe to perform, and served as concertmaster in 2017 and 2019. Nali is also pursuing a minor in Creative Writing, and is the president and dance captain of their college dance team.

In 2012, Nali founded the Sound Strings Long Island Chamber Ensemble with their brother Lucas, and later started a summer music program for young children in their hometown of Port Jefferson. The chamber ensemble has performed in numerous community events, and the summer program has been held annually since 2016. Nali has also worked at the San Francisco Opera as an Artistic Intern in Administration, and most recently has been working at Stanford University’s Music Library since summer 2021.

Outside of music and school, Nali loves dancing, bullet journaling, and listening to K-pop.