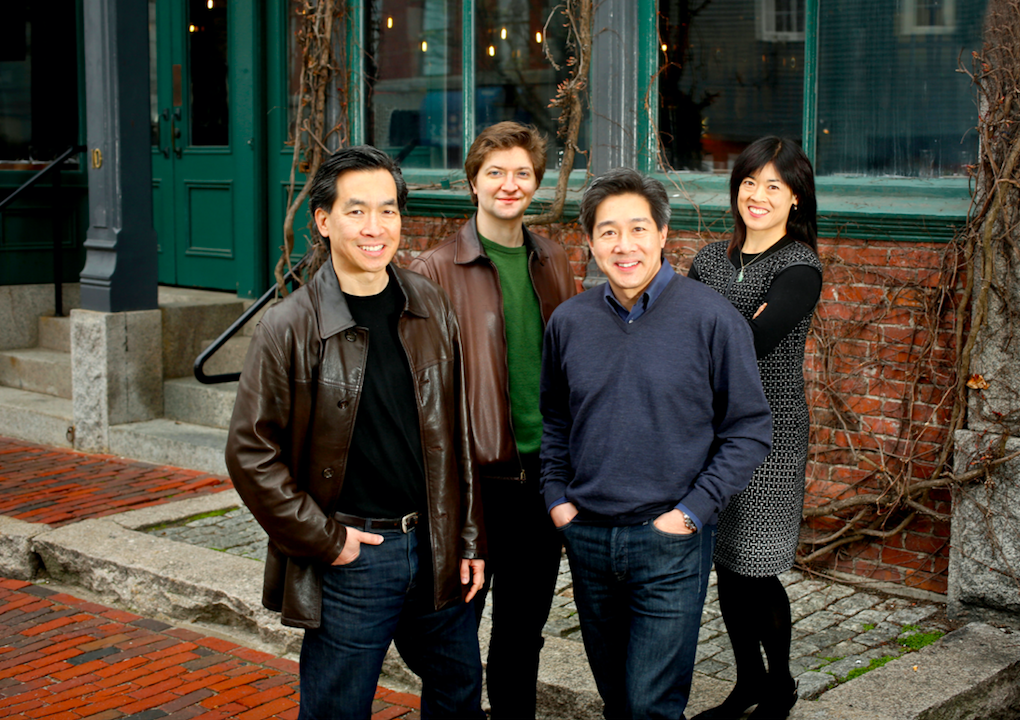 The Ying Quartet presents a program brimming with springtime joy. Tchaikovsky’s String Quartet, infused with lyrical themes and sprightly textures, bears the palpable spontaneity with which it was composed, the fruit of a burst of inspiration in 1873. With the second half comes an undisputed treasure of the chamber music repertoire — Schubert’s expansive String Quintet — containing one of the most glorious cello solos ever written, for which Ahrim Kim will join David Ying and the rest of the Quartet.

By 1873, the year in which he began his second string quartet, Tchaikovsky was settled in his professorship at the Moscow Conservatory. Alongside his teaching and compositional endeavours, he supplemented his income by publishing numerous musical arrangements, and by taking up a role as critic for the Russian Gazette. This journalistic work bears witness to the breadth of concert life in Tchaikovsky’s Moscow, and testifies in particular to the composer’s taste for Western European music. In this writings he displays his fondness for the operas of such figures as Rossini, Weber, and Auber; for Beethoven (especially early Beethoven); and above all, for Mozart. Amid an era of Russian musical nationalism (epitomized by Mussorgsky, Rimsky-Korsakov, and the rest of the new Russian school known as the ‘Mighty Handful’), Tchaikovsky’s cosmopolitan predilections appeared aristocratic—illustrating a tension which he was to negotiate throughout his compositional career.

Tchaikovsky’s journalism from that year included numerous reviews of the operatic and concert season as well as an extensive series of articles on ‘Beethoven and His Time’. In his writing he waxed with enthusiasm over performances of string quartets by Mozart, Cherubini, Schumann, and—with notable delight—Beethoven’s Op. 59 No. 2, with its ‘splendid variations on a Russian folk melody’. It was perhaps with such models in mind that Tchaikovsky returned to the quartet genre with inspired joy in December. Tchaikovsky, too, integrated a folklike melody into his work (the syncopated second subject of the first movement); meanwhile, his brother, Modest, remarked upon the quartet’s festive atmosphere, suggesting possible allusions to the Christmastide celebrations that were occurring during its composition. In a letter to Modest, Pyotr expressed his pride at how the work took shape: “It is my best work,” he wrote. “Not one of them has come to me so easily and fluently as this. I completed it as it were one sitting.”

Schubert’s string quintet forms part of an effusion of glorious music composed in the year or so before he died—an outpouring which also included Winterreiseand Schwanengesang, the Fantasy for violin and piano, the second piano trio, his Symphony No. 9, and the three final piano sonatas. Given the exalted reception this work has received since, it might come as a shock that Schubert’s publisher, Probst, took no interest in the quintet in 1828. Instead, Probst’s counter-request upon receiving the work—that Schubert send him more Lieder—serves as a reminder of the commercial realities underpinning composers’ lives for much of the nineteenth century, as well as of Schubert’s pigeonholed reputation as a songwriter during his lifetime. The quintet lay unperformed until 1850 and unpublished until 1853, decades after the composer’s death.

In contrast to the quintets of Mozart and Beethoven, Schubert supplemented the string quartet formation by adding a second cello in place of a second viola. The result is a symmetrical ensemble, divisible into multiple fluid alliances affording rich textural interplay. Schubert exploits this potential in the opening bars: a C major chord, swelling into and out of a neighboring diminished harmony, is brightened by its presentation in the upper quartet; this statement is then reflected in a minor shade, darkened this time by the lower tessitura of the bottom four strings. In the second subject, Schubert spotlights the twinned cellos in a lyrical duet that winds to the dominant key area by way of the unusual intermediary of E-flat major. Yet another precious texture opens the second movement: a protracted theme, harmonized and sustained in the three close inner parts, is ornamented by a crystalline dialogue between the second cello’s pizzicato and the dotted figure in the first violin, marked ‘espressivo’. The serenity in E major cedes, via an abrupt trill, to a tumultuous middle section in F minor, a dark shift up a semitone that musicologist Scott Burnham hears as ‘thresholds between, worlds apart’. The third and fourth movements invoke the exuberance of popular and folk styles—careful pacing and mounting tension yield to the acceleration of the final coda.