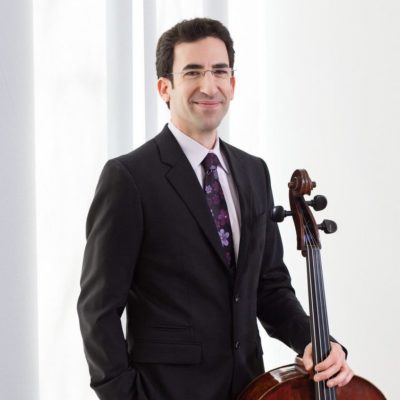 Professor of Cello, University of Michigan

As the winner of the Juilliard Competition, Eldan made his New York debut with the Brahms Double Concerto in Lincoln Center and has performed the six Bach Cello Suites in a series of concerts worldwide.

Eldan has collaborated in chamber music performances with members of the Cleveland, Guarneri, and Juilliard String Quartets and the Beaux Arts Trio, pianist Richard Goode, and cellists Lynn Harrell and Steven Isserlis.

In 2006, while working on his doctorate, Eldan was appointed cello professor at the Oberlin Conservatory and served as chair of the String Department from 2015-19. He was a member of the Oberlin Trio and performed with the Trio throughout the U.S. and South Korea.

Professor Eldan holds a DMA and MM, both from Juilliard where he also served as a guest teacher. His performances have been featured on public television and radio in the U.S., Europe, and in Israel.

He was appointed a professor of cello at the University of Michigan in 2019.