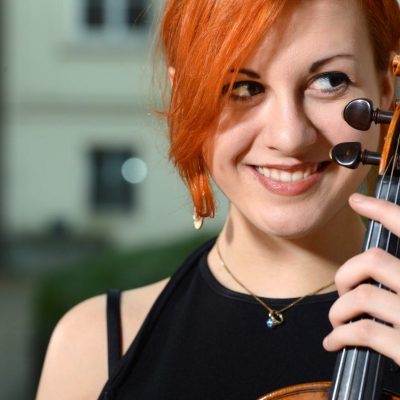 As a chamber musician, Stroh was a member of the Hanover based Hammerstein Piano Trio, whose performances brought them throughout Germany and a tour in China and Hong Kong.

Stroh received many awards and scholarships in Germany, including the Gundlach Stiftung and LMN- Yehudi Menuhin Scholarship. She is a Laureate of the “Deutsche Stiftung Musikleben Hamburg”. Stroh plays a violin by Lorenzo Ventapane (Neapel, 1806).

Stroh began to play the violin when she was three years old. She entered the Hochschule fuer Musik, Theater und Medien, Hanover at age 16, joining the class of Krzysztof Wegrzyn where she finished her bachelor’s and master’s degrees in 2015 and 2017. She is currently pursuing an artist diploma at the Shepherd School of Music, Rice University where she studies with Cho-liang Lin.