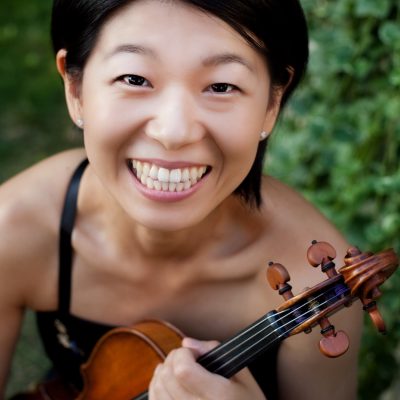 Winner of numerous prizes including the Walter Naumburg International Competition, Tibor Varga International Competition, Astral Artists National Auditions, Young Performers Career Advancement, and Lili Boulanger awards, Ayano has performed with orchestras across the U.S., Switzerland, Bulgaria, and most recently in Carnegie Hall. Praised for her “deeply communicative and engrossing” (The New York Times) performances, she has performed at the Marlboro, Ravinia, Moab, Bowdoin, Kingston, Adams (New Zealand), Canberra International (Australia), and Prussia Cove (England) festivals. She has been featured on Musicians from Marlboro tours in the U.S. and France, and gave a TEDx talk in 2012 at the University of Tokyo. She was first violinist of the Ying Quartet and was Associate Professor at the Eastman School of Music until 2015 when she joined the violin faculty of the New England Conservatory of Music. As a recipient of the Beebe Fellowship, Ayano studied in Budapest, Hungary, at the Liszt Academy after graduating from Harvard University and The Juilliard School. In her spare time, she loves to paint and practice Aikido.