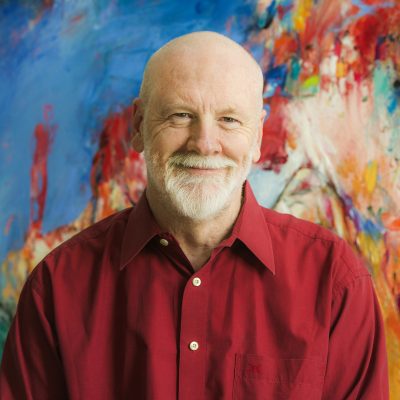 Brett Dean studied in Brisbane before moving to Germany in 1984 where he was a member of the Berlin Philharmonic for fourteen years, during which time he began composing. His music is championed by many of the leading conductors and orchestras worldwide, including Sir Simon Rattle, Vladimir Jurowski, David Robertson, Andris Nelsons, Marin Alsop and Sakari Oramo. Much of Dean’s work draws from literary, political, environmental or visual stimuli, including a number of compositions inspired by artwork by his wife Heather Betts.

Brett Dean began composing in 1988, initially concentrating on experimental film and radio projects and as an improvising performer. Dean’s reputation as a composer continued to develop, and it was through works such as his clarinet concerto Ariel’s Music (1995), which won an award from the UNESCO International Rostrum of Composers, and Carlo (1997) for strings, sampler and tape, inspired by the music of Carlo Gesualdo, that he gained international recognition.

In 2009 Dean won the Grawemeyer Award for music composition for his violin concerto The Lost Art of Letter Writing and in 2016 was awarded the Don Banks Music Award by Australia Council, acknowledging his sustained and significant contribution to Australia’s musical scene. In June 2017 his second opera Hamlet was premiered at Glyndebourne Festival Opera to great acclaim, winning both the 2018 South Bank Sky Arts Awards and International Opera Awards for opera.

Dean enjoys a busy performing career as violist and conductor, performing his own Viola Concerto with many of the world’s leading orchestras. Dean is a natural chamber musician, frequently collaborating with other soloists and ensembles to perform both his own chamber works and standard repertoire, including projects with the Doric Quartet, Scharoun Ensemble and Alban Gerhardt. Dean’s imaginative conducting programmes usually centre around his own works combined with other composers and highlights include his appointment as Creative Chair at Tonhalle-Orchester Zürich 2017/18, projects with the BBC Symphony, Los Angeles Philharmonic, Concertgebouw Orchestra, Melbourne Symphony, Sydney Symphony, BBC Philharmonic, Gothenburg Symphony, Toronto Symphony, Tonkünstler-Orchester, Stuttgart Chamber Orchestra and as Artist in Residence with the Swedish Chamber Orchestra.

Major highlights of 2019/20 include the world premiere of Dean’s Piano Concerto Gneixendorfer Musik – eine Winterreise for Jonathan Biss, which will be premiered by Swedish Radio Symphony Orchestra in February 2020, in a festival celebrating Dean’s music. The Piano Concerto also receives it’s German, Australian and Polish premieres later in the season from the Dresden Philharmonic, Melbourne Symphony and NFM Wrocław Philharmonic orchestras. In November 2019 Hamlet receives its German premiere at Cologne Opera, in a new production by librettist Matthew Jocelyn, conducted by Duncan Ward.

Dean opens the season with his Edinburgh International Festival debut, joining the Doric Quartet in the same concert as they give the European premiere of his String Quartet No.3 “Hidden Agendas“, commissioned by EIF. Dean also premieres a new Viola Concerto by James Ledger with West Australian Symphony Orchestra,  joins the Taiwan Philharmonic to perform his own Viola Concerto and conducts a number of orchestras including Adelaide Symphony, Vancouver Symphony, Aurora Orchestra and the Irish Chamber Orchestra.

Dean is 2019/20 Composer in Residence of Orchestre National de Lyon and Dresden Philharmonic Orchestra, both of whom focus on Dean’s music throughout their seasons and co-commission Dean’s Piano Concerto for premiere in 19/20 and 20/21 seasons.

Brett Dean’s music has been recorded for BIS, Chandos, Warner Classics, ECM Records and ABC Classics, with a BIS release in 2016 of works including Shadow Music, Testament, Short Stories and Etudenfest performed by Swedish Chamber Orchestra conducted by Dean. Dean’s Viola Concerto has also been released on BIS with the Sydney Symphony, and a DVD of Hamlet was released by Glyndebourne in June 2018.