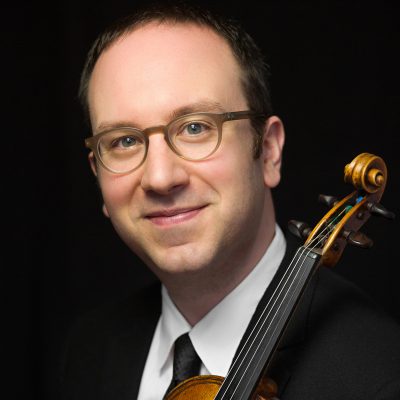 Violinist David Bowlin has won critical acclaim for his solo and chamber music performances from the New York Times, Chicago Tribune, and the Chicago Sun-Times, among numerous other sources. He is an accomplished performer of a broad range of repertoire, and has performed recitals and concertos across the United States. Among these are dozens of premieres, including the Weill Hall world premiere of Mahagoni, a violin concerto written for Bowlin by Austrian composer Alexandra Karastoyanova-Hermentin. Accolades include the 2007 Samuel Baron Prize from Stony Brook University and first prize in violin at the 2003 Washington International Competition.

In 2007, Bowlin joined the violin faculty of the Oberlin Conservatory of Music, having previously taught at the Juilliard School as assistant to Ronald Copes. He has taught on the faculties of the Okemo Young Artist Program, the Green Mountain Chamber Music Festival, the Madeleine Island Chamber Music Camp, and the Mannes Beethoven Institute. He has given master classes at Stony Brook University, Cornell University, the North Carolina School for the Arts, Beijing’s Central Conservatory, the Music Institute of Chicago, and the Conservatorio de las Rosas in Morelia, Mexico.

Bowlin is a founding member of the International Contemporary Ensemble (ICE), which tours in the United States and abroad. He’s had educational residencies at New York University, Northwestern University, and other institutions. He is a member of the Oberlin Trio with conservatory faculty members Haewon Song and Amir Eldan, and is a former member of the Naumburg Award-winning Da Capo Chamber Players, whose recording of music by Chinary Ung was named one of NPR’s Top 5 Best American Classical Albums of the year in 2010.

Bowlin is also artistic director of Chamber Music Quad-Cities, an organization that brings chamber music performances to the community in eastern Iowa and western Illinois where Bowlin is a native. Major teachers include Roland and Almita Vamos, Ronald Copes, Pamela Frank, Philip Setzer, Ani Kavafian, and Stephen and Kimberly Sims.