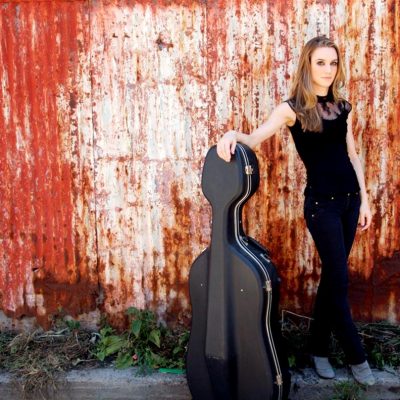 Instantly recognized by her “arrestingly beautiful tone colour” (The Strad), cellist Denise Djokic captivates audiences with her natural musical instinct and remarkable combination of strength and sensitivity. Acclaim for her powerful interpretations, bold command of her instrument and insightful playing has earned her world-wide recognition and appearances in some of the most venerable halls. Denise burst onto the international music scene when millions of television viewers watched her performance of Bach at the 2002 Grammy Awards following the lauded release of her self-titled debut recording on SONY Classical.

Since then, Denise has accrued numerous distinctions and accolades: she has been named one of the top “25 Canadians Who Are Changing Our World” by Maclean’s Magazine, one of “Canada’s Most Powerful Women” by Elle Magazine, and had her life and career chronicled by a special BRAVO! TV documentary entitled “Seven Days, Seven Nights”. A natural leader and advocate for classical music, Denise is equally at home on the podium as a keynote speaker, having presented at forums such as IdeaCity in Toronto and the Women In Leadership Conference at Queen’s University. Denise believes strongly in passing along her knowledge of music and her instrument. She has served on the Faculty of the National Youth Orchestra of Canada, and has been a Visiting Professor at the University of Ottawa. Denise is currently on faculty at the University of Illinois at Urbana-Champaign.