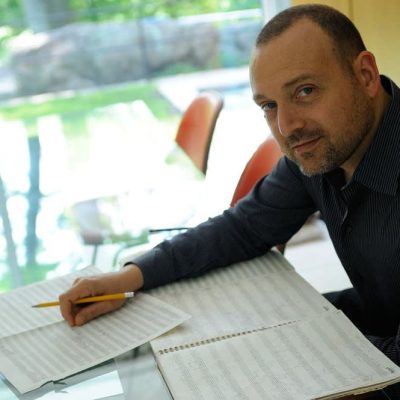 Composer and clarinetist Derek Bermel has been widely hailed for his creativity, theatricality, and virtuosity.  Artistic Director of the American Composers Orchestra, Bermel is also curator of the Gamper Festival at the Bowdoin International Music Festival, Director of Copland House’s emerging composers institute Cultivate, and recently enjoyed a four-year tenure as artist-in-residence at the Institute for Advanced Study (IAS) in Princeton. Bermel has become recognized as a dynamic and unconventional curator of concert series that spotlight the composer as performer, including ACO’s SONIC Festival. Alongside his international studies of ethnomusicology and orchestration, an ongoing engagement with other musical cultures has become part of the fabric and force of his compositional language, in which the human voice and its myriad inflections play a primary role.