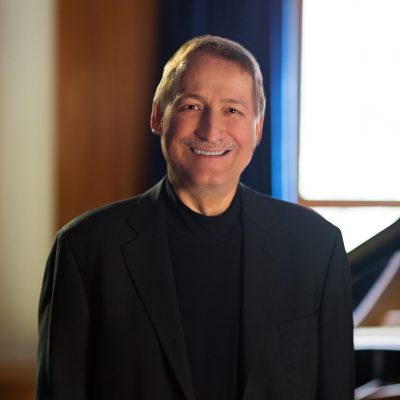 Mr. Humpherys completed graduate degrees at the Juilliard School (MM) and the Eastman School of Music (DMA), where he is currently Professor of Piano. During his student days he studied with Nelita True, Martin Canin, and Robert Smith. In high demand as a teacher, he has been appointed to visiting residencies or professorships at the  Central Conservatory in Beijing, Yonsei University in Seoul, and the University of Michigan. His students have won numerous honors in competitions, including prizes at the Honens, Cleveland, Virginia Waring, Hilton Head, Washington DC, Poulenc, UNISA, and Sussex (UK)  International Piano Competitions; the Osaka, Pacific, Seattle, San Jose, and Wideman Competitions, as well as five national first-prize winners of MTNA Competitions. In 2016, Professor Humpherys received Eastman’s Eisenhart Award for Excellence in Teaching, and in 2021 he was inducted to the Steinway Teachers Hall of Fame.