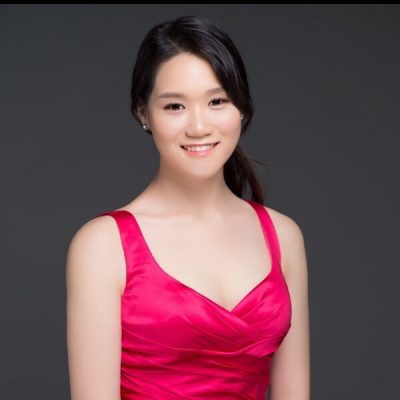 Described by renowned pianist Richard Goode as “a performer of great communicative power,” and hailed by the Cleveland Plain Dealer as “a pianist with bold intensity,” EunAe Lee is, without a doubt, among the most decorated, critically-acclaimed Korean pianists of our time.

Beginning her journey in Korea, EunAe received her music instruction at Yewon Arts School and Seoul Arts High School before moving to the United States in 2004. While in Korea, she presented her solo debut at age 14, performing Saint-Saëns’ Piano Concerto No. 2 with the Seoul Philharmonic Orchestra, under the direction of Bong Kim. She went on to place in several prestigious national competitions in Korea, including Korea Times National Piano Competition and Music Journal National Piano Competition, among several others.

EunAe’s critical success in Korea brought her to the United States, where she enrolled in Juilliard’s highly selective, joint Bachelor’s and Master’s degree program, and studied under the tutelage of Martin Canin. Following her residence at Juilliard, she worked with renowned pianist Richard Goode at Mannes College in the New School of Music, where she received her Artist Diploma. EunAe has worked extensively with legendary pianist Cécile Oussét and performed in the masterclasses of Emanuel Ax, Alfred Brendel, Murray Perahia, Stephen Hough, Mitsuko Uchida, Lang Lang, and Garrick Ohlsson.

In addition to receiving honors in both national and international competitions, EunAe has given numerous solo recitals upon invitation at a variety of venues. These include solo recitals at the Dame Myra Hess recital and the Pianoforte Foundation Series, both of which were broadcasted live on Radio WFMT 98.7 FM. She was also featured as a soloist on Radio Classical 89.1 and 89.5 FM, and was interviewed by the host Steven Kapp Perry. Her performance highlights include solo and chamber appearances in Musikverein, Lincoln Center’s Alice Tully Hall, Peter Jay Sharp Theatre, Kennedy Center’s Millennium Stage, and Merkin Hall, to name a select few.

A long-time student at the Bowdoin International Music Festival, EunAe also participated in Music Academy of the West, Pianofest in the Hamptons, and Yellow Barn Chamber Music Festival, and was a guest artist in Gijon International Piano Festival in Spain. She has collaborated in concerts with artists including William Sharp, Michael Kannen, Jean-Michel Fonteneau, Katherine Murdock, and Vivian Hornik Weilerstein.

EunAe currently resides in Evanston, Illinois pursuing her doctoral studies at Northwestern University, with the guidance of Dr. James Giles.