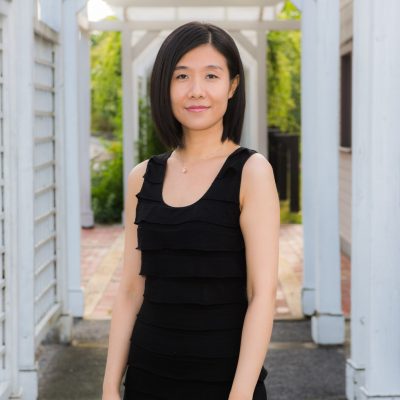 Chinese pianist Feng Niu is known for her vivacious and sensitive collaboration with some of the most promising instrumentalists of recent years. The highlight of her recent and upcoming performances include appearances at the “First Monday Series” in Boston’s Jordan Hall, Strathmore’s “Music at the Mansion,” the Cranbrook Guild Music Series in Michigan, and the Phillips Collections’ “Sunday Concerts Series” in Washington, DC.

Niu is a long-term partner with flutist virtuoso Annie Wu, who is the winner of Astral Artists’ 2015 Auditions as well as the First Prize winner of the 2016 James Pappoutsakis Flute Competition. Recently they recorded a debut album titled “They Call Me Mignon: 11 variations on a voice,” and their performance has been broadcast nationally on WETA classical radio.

At the New England Conservatory, she is in frequent demand as a collaborative pianist working with renowned artists such as Paula Robison, Miriam Fried, Donald Weilerstein, Paul Katz, Kim Kashkashian, and Laurence Lesser. She has been a staff pianist at Bowdoin International Music Festival since 2018.

Niu received her early piano training under the guidance of professor Shiyu Zhou at Shanghai Conservatory. She made her solo recital debut at the age of 10, and was a top prize winner at the Hong Kong Young Pianist Competition, Yamaha Asia Piano Competition, and Lagny Sur Marne International Piano Competition in France.