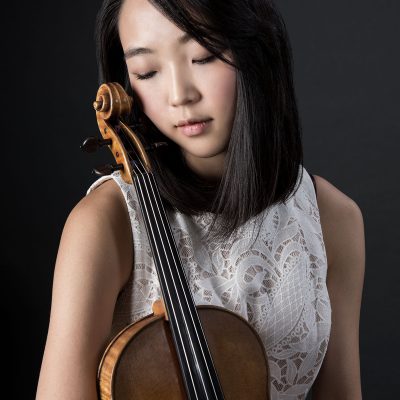 Halam Kim, 25, is a violist who shows versatility in all areas of solo, chamber, and orchestral music.

As a soloist, her select accomplishments include her performance of Walton’s Viola Concerto with the Eastman Philharmonia at Kodak Hall and with the Baden-Baden Philharmonic Orchestra and solo appearances at Carnegie Hall. She is a grand prize winner of the Wagner Young Musicians Competition in New York and a laureate of the Golden Key International Music, American Protégé International Competition, New York Music Competition, and the New Praise Support Society.

As a chamber musician, she was a founding member of the Capra Quartet, which was chosen for Intensive Seminar and Honors List at Eastman and spent the summer of 2018 at the Avaloch Farm Music Institute. With a different quartet, Halam was invited to perform at The John F. Kennedy Center for the Performing Arts. At the Sarasota Music Festival, Kim had the privilege to play with faculty members Zachary DePue and Natalie Helm. She also participated in Juilliard’s ChamberFest where she had the privilege to intensively work with Robert Levin as a coach.

As an orchestral player, she took part in the world premiere of Kevin Puts’ Letters from Georgia with soprano Renée Fleming and the Eastman Philharmonia. She is currently a member of the Glens Falls Symphony, Symphony in C, and the Juilliard Orchestra, where she has been selected to be in the principal pool. She has worked under the batons of Alan Gilbert, Peter Oundjian, David Robertson, Evan Rogister, and Gerard Schwartz.

Ms. Kim is from Port Washington, NY, and she holds a Bachelor of Music from the Eastman School of Music with the highly selective Performer’s Certificate, and a Bachelor of Arts in psychology from the University of Rochester. Kim is currently pursuing her Master of Music at The Juilliard School. In the fall of 2019, she will be attending the New England Conservatory, pursuing a Graduate Diploma under the tutelage of Kim Kashkashian. Her past teachers include I-Hao Lee, Carol Rodland, and Phillip Ying.

Her mission is to communicate what words cannot, by connecting with people, inspiring the next generation, healing others, and sharing what she enjoys and loves deeply.