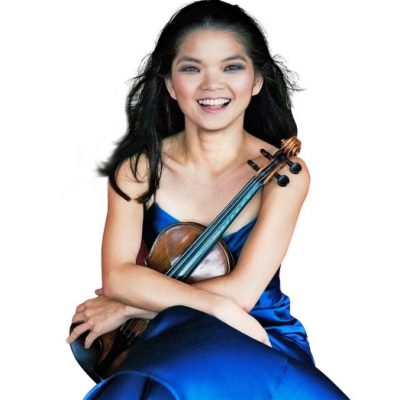 Violinist Janet Sung enjoys an acclaimed international career as a virtuoso soloist, praised for her exquisite tone and impassioned, bravura performances. Since her orchestral debut with the Pittsburgh Symphony at age 9, she has performed with leading orchestras and in recitals worldwide. Recent seasons has seen her as soloist with the Buffalo Philharmonic, Aspen Chamber Symphony, Pro Arte Chamber Orchestra of Boston, South Korea’s Pusan Philharmonic, Germany’s Stelzen Festival Orchestra, Russia’s Omsk Philharmonic and the orchestras of Boise, Delaware, Dubuque, Hartford, Springfield, Wheeling and Wyoming, among many others across the U.S. She has been heard as soloist at distinguished music festivals, including Switzerland’s Lucerne Festival and the Aspen, Britt, Sewanee, and Bellingham Festivals. Her solo performances range from Korngold’s Violin Concerto, of which there were multiple broadcasts on NPR’s “Performance Today,” to the world premieres of Kenneth Fuchs’ American Rhapsody for Violin and Orchestra and Augusta Read Thomas’Double Helix. She has recorded Vivaldi’s “The Four Seasons” and Bach’s Brandenburg Concerto No. 1, the latter with members of the Gewandhaus Orchestra at the Thomaskirche in Leipzig, Germany. Personally selected by Leonard Slatkin as the recipient of the Passamaneck Award, she has also toured regularly across the U.S. with fiddler Mark O’Connor’s American String Celebration.

Ms. Sung studied extensively with renowned violin pedagogues Josef Gingold, starting at age 10, and Dorothy DeLay, with additional studies under Masao Kawasaki and the Juilliard String Quartet. She graduated with honors from Harvard University in anthropology and music and from The Juilliard School.