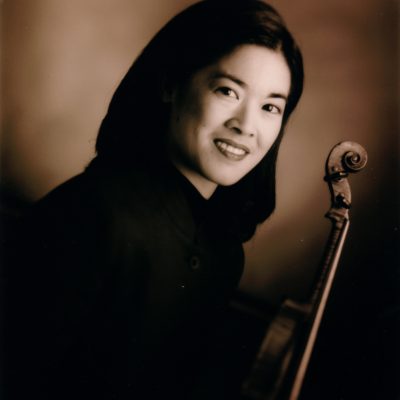 Janet Ying is a founding member of the Ying Quartet, now entering its third decade of performing and teaching across the United States and abroad. A recipient of both a National Endowment for the Arts grant in 1992-1994 and the Naumburg Chamber Music Award in 1993, Ms. Ying has been recognized throughout her career for presenting concert music in diverse settings, from Carnegie Hall to hospitals in Iowa City to juvenile prisons in Los Angeles, making connections from everyday life to the art of the string quartet. Her interest in extending the reach of the string quartet has led to collaborations with a range of artists including Menahem Pressler, Billy Childs, Mike Seeger, and Matt Flinner, as well as an ongoing commissioning project of American composers writing about contemporary life.

Principal violin studies have been with Donald Weilerstein, William Preucil, Almita and Roland Vamos, Sonja Foster, and Yuko Nasu. Ms. Ying is an Associate Professor of Chamber Music at the Eastman School of Music.