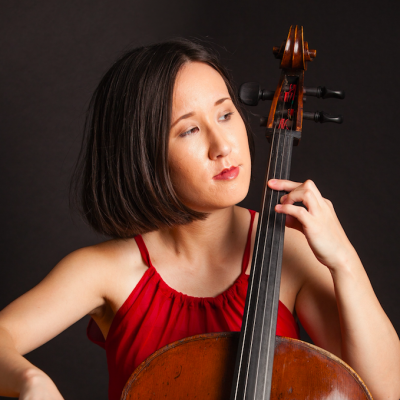 Cellist Jennifer Carpenter’s passion for musical collaboration has led her to perform in a variety of chamber music and orchestral settings. As a dedicated chamber musician, she has performed at festivals such as The Perlman Music Program, Kneisel Hall Chamber Music Festival, and the Castleman Quartet Program. She has given numerous chamber music and solo performances at The Juilliard School and Oberlin Conservatory, where she earned Master of Music and Bachelor of Music degrees, respectively. Her past teachers include Natasha Brofsky, Laurence Lesser, Darrett Adkins, Eric Kim, and Ellen Shertzer.

Carpenter is an experienced performer of both baroque and contemporary music. As an enthusiast of historical performance, she studied baroque cello with Phoebe Carrai at Juilliard and viola da gamba and baroque cello with Catharina Meints at Oberlin, where she performed in Oberlin Baroque Orchestra. An advocate of new music, she has appeared with New Juilliard Ensemble and Oberlin Conservatory’s Contemporary Music Ensemble.

Currently, Carpenter is a member of the Rochester Philharmonic Orchestra. Her previous experiences as an orchestral musician range from performances in the Juilliard Orchestra, where she served as principal cellist, to the Aspen Music Festival, where she served as a fellow in the conducting academy orchestra.

An enthusiastic educator, Carpenter shares her joy for music with her students at Nazareth College and the Hochstein School of Music and Dance.