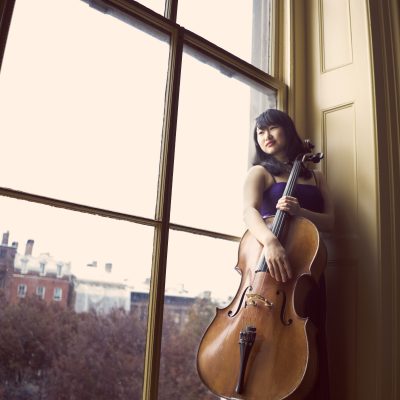 Cellist Jiaoyang Xu is frequently lauded for her passion, excellent technical skill, intelligence, and musical imagination. As an experienced cellist, Xu has given numerous solo recitals in the United States, Europe, and China. She has played in various concert halls such as The Beijing Concert Hall and The Art Salon of Crown Plaza in Beijing. Jiaoyang has also performed in several venues in the United States, such as the Leith Symington Griswold Hall and Cohen-Davidson Family Theatre of Peabody Institute of Johns Hopkins University in Baltimore, Maryland, Francis Auditorium of Mary Baldwin College, Coolidge Auditorium in the Library of Congress, and Alfred Newman Recital Hall of the University of Southern California.

Born in China, Xu began her studies of cello at the age of four. She gave her first performance when she was five in Beijing. In September 2003, she attended The Central Conservatory of Music where she studied with Professor Yuan Chen and Zhiwen Situ. As a scholarship student at the Peabody Institute of Johns Hopkins University, Xu studied with Professor Amit Peled and obtained both Bachelor of Music Degree and Master of Music in Cello Performance and Pedagogy. Xu is now studying with Mr. Laurence Lesser at the New England Conservatory.