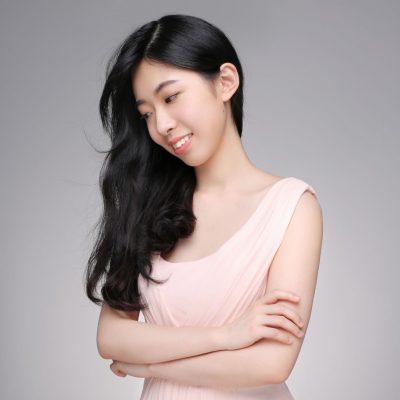 Taiwanese pianist Jing-Fang Huang enjoys her career as a collaborative pianist. She is frequently engaged as an instrumental, vocal, and large-ensemble pianist, as well as a private piano instructor. She has performed in many prestigious venues throughout Taipei, Japan, Singapore, China, and the United States.

Jing-Fang serves as a rehearsal pianist for the Boston University Symphonic Chorus and staff pianist at New England Conservatory Preparatory School. She is currently a graduate assistant at Boston University and regularly collaborates with vocal and instrumental degree students in the recitals, master classes, and studio classes. In 2017, she was invited as the guest artist to perform a piano trio with the musicians from Portland State University at Lincoln Recital Hall. In 2018, as a guest keyboardist, she joined a concert tour with the Suzhou Symphony Orchestra in Shenzhen, Singapore, Taipei, Kobe, and Tokyo. In 2019, she was invited as the collaborative pianist for the violin symposium at the University of Tennessee and played in the master class by Paul Kantor and Jinjoo Cho, and also performed with Jinjoo Cho at the closing ceremony.

As an active learner, Jing-Fang played in master classes by Jonathan Feldman, Peter Serkin, Alexei Kornienko, Boris Berman, Jean-Francois Heisser, and Arthur Greene. In the summer of 2016, she studied with John Perry in the Kirishima International Music Festival in Japan. Her major teachers include Ya-Lang Chow, Mei-Ling Chien, Dr. Elise Yun, and Dr. Chih-Long Hu. She holds a bachelor’s degree in music performance from Soochow University, a master’s degree in piano performance from the University of Tennessee at Knoxville, and is currently pursuing her doctoral degree in collaborative piano under the guidance of Shiela Kibbe at Boston University. Besides playing piano, Jing-Fang also plays the flute and enjoys cooking, baking, reading, and traveling.