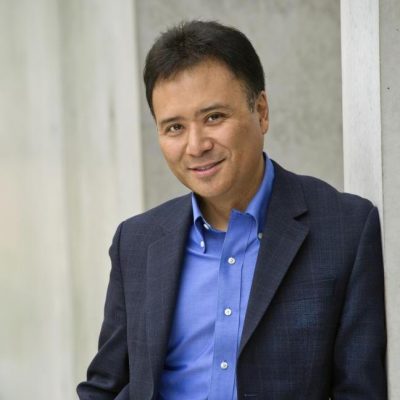 American pianist Jon Nakamatsu continues to draw unanimous praise as a true aristocrat of the keyboard, whose playing combines elegance, clarity, and electrifying power. A native of California, Mr. Nakamatsu came to international attention in 1997 when he was named Gold Medalist of the Tenth Van Cliburn International Piano Competition, the only American to have achieved this distinction since 1981. Mr. Nakamatsu has performed widely in North and South America, Europe, and the Far East, collaborating with such conductors as James Conlon, Marek Janowski, Raymond Leppard, Stanislaw Skrowaczewski, Osmo Vänskä and Hans Vonk. He also performed at a White House concert hosted by President and Mrs. Clinton.

Mr. Nakamatsu’s extensive recital tours throughout the U.S. and Europe have featured appearances in New York’s Carnegie Hall and Lincoln Center, Washington D.C.’s Kennedy Center, and in Boston, Chicago, Cincinnati, Paris, London and Milan. He has worked with various chamber ensembles – among them the Brentano, Tokyo, Kuss, Jupiter, Cypress, Prazak and Ying String Quartets – and has toured repeatedly with the Berlin Philharmonic Wind Quintet. Together with clarinetist Jon Manasse, Mr. Nakamatsu tours continually as a member of the Manasse/Nakamatsu Duo. The Duo also serves as Artistic Directors of the esteemed Cape Cod Chamber Music Festival in Massachusetts.

Mr. Nakamatsu records exclusively for harmonia mundi usa, which has released thirteen CDs to date. His all-Gershwin recording with Jeff Tyzik and the Rochester Philharmonic featuring Rhapsody in Blue and the Concerto in F rose to number three on Billboard’s classical music charts, earning extraordinary critical praise. Other acclaimed releases include an all-Liszt disc featuring the “Dante Sonata”; a recording of Brahms’ Piano Sonata in F minor; and Rachmaninoff’s Piano Concerto No. 3 and the Rhapsody on a Theme of Paganini. Mr. Nakamatsu’s 2008 recording of Brahms’ Clarinet Sonatas with Jon Manasse was chosen by the New York Times as one of its top releases for the year; his latest disc with Mr. Manasse, released in August 2012, includes both the Brahms Clarinet Quintet and the Piano Quintet with the Tokyo String Quartet. Of his most recent release on the label, a 2014 solo disc of the piano works of Robert Schumann, BBC Music Magazine states that “Nakamatsu clarifies Schumann’s mid-range saturated textures to a remarkable degree, reveling in its fantastic imaginings with rapier-like precision and effortless command.”

Since 1997, Mr. Nakamatsu has served on multiple international piano competition juries and has also been invited as a guest speaker at numerous institutions including the Van Cliburn Foundation, Stanford University and the Juilliard School.

Mr. Nakamatsu studied privately with Marina Derryberry and has worked with Karl Ulrich Schnabel, son of the great pianist Artur Schnabel. He is a graduate of Stanford University with a bachelor’s degree in German Studies and a master’s degree in Education.