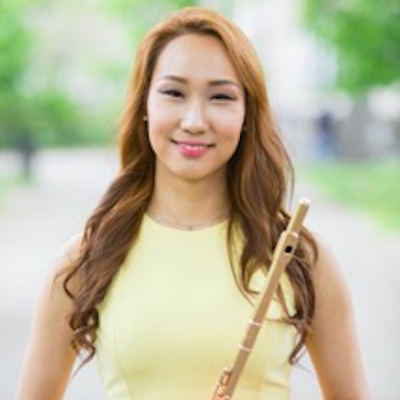 Flutist Julie Nah Kyung Lee is actively sharing her music throughout the United States and Asia. Born in South Korea and currently living in New York City, Lee is interested in different cultures and styles of music. As her playing encompasses a wide range of musical styles and settings, her recent performances include solo performances and chamber recitals, ranging from early periods to contemporary music. With various repertoires, Lee has held several solo recitals at Manhattan School of Music, and performed at Bruno Walter Auditorium at Lincoln Center as a winner of Camerata Artists International Competition. As an avid chamber player, she has recently performed Contemporary music by rising composers with ShoutHouse in Brooklyn, and worked on Baroque music with Kenneth Cooper.

Lee is a strong advocate of trying new ideas in her performances. Being enthusiastic about music making, she is committed to delivering exuberant performances to audiences. In addition to the CAI Competition, Lee has won the grand prize for wind instruments at Universal Music Competition, was the winner at Eisenberg Fried Woodwind Concerto Competition, and received grant awards from Friends of Flutes Foundation in New York. She has played in masterclasses for some of the best world’s best flutist, including Jeanne Baxtresser, Robert Langevin, Walter Auer, Julien Beaudiment, and Stefan Höskuldsson. Lee is starting a Master of Music degree in Flute performance at Manhattan School of Music where she also received her Bachelor of Music degree.