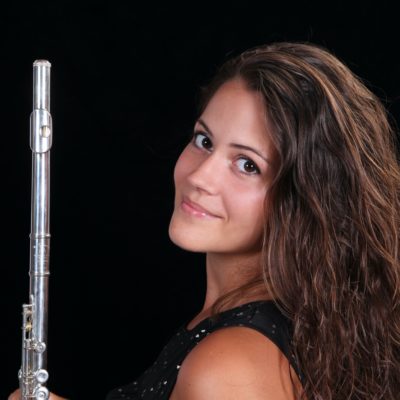 Kamilla Dancsa is a Hungarian flautist based in New York, currently pursuing a Master’s degree at the Manhattan School of Music, studying with Professor Linda Chesis.

During her bachelor’s degree she was a scholar of the Royal Academy of Music in London, studying flute with Karen Jones and piccolo with Helen Keen. Kamilla was selected to play 2nd flute in the Philharmonia Orchestra London’s sit-in projects and participated in the Academy’s Symphony Orchestra, Wind and Chamber Ensembles. Her main performances include playing with the Academy’s Symphony Orchestra under the baton of Marin Alsop, performing with the contemporary Manson Ensemble and playing flute and piccolo in the Musical Theatre Christmas Show under conductor Daniel Bowling. She appeared multiple times in the Flute Ensemble, where she gained experience in playing the alto, bass and contrabass flute as well.

Kamilla began her advanced musical studies in 2013, when she was accepted to the Kodály School in Kecskemét Hungary.