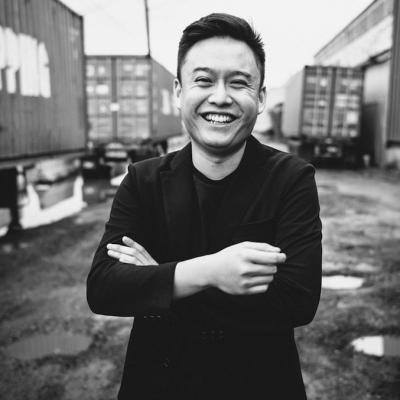 As a pianist that “leaves no question about his riveting presentation and technical finesse” (Seattle Times), Canadian-born pianist Kevin Ahfat is acclaimed to be “poised to become one of the young heirs of the classical piano realm, with a bold, boundary-pushing, millennial style matched by refined execution” (Vanguard Seattle). Possessing “a balanced mix of expressiveness and virtuosity” (Musical America), he “summons plenty of thunderpower in the big moments, but clearly values musicianship over mere showmanship” (American Record Guide). Highlights of recent seasons include returning to the Seattle Symphony at Benaroya Hall for its first-ever Shostakovich Concerto Festival, and a two-evening celebration of all six of Dmitri Shostakovich’s instrumental concertos with violinist Aleksey Semenenko and cellist Edgar Moreau. Other highlights include a partnership with Richard Alston & Juilliard Dance in their recreation of Alston’s Sheer Bravado (2006), set to Shostakovich’s First Piano Concerto with the Juilliard Orchestra, as well as giving the inaugural masterclass & recital for the Las Vegas Masterclass Series at UNLV. This past season, he was thrilled to give the North American Premiere of Camille Saint-Saëns’ Third Cello Sonata (1919, unfinished), recently published by Bärenreiter-Verlag, with a longtime artistic collaborator, cellist Juliette Herlin. Ahfat recently worked on the Juilliard Global Ventures team, offering his artistic and technological skills as a teacher, curriculum writer, and course builder to the institution’s premiere suite of online courses. He recently completed his studies at the Juilliard School in New York under the tutelage of Mr. Joseph Kalichstein and Mr. Stephen Hough.