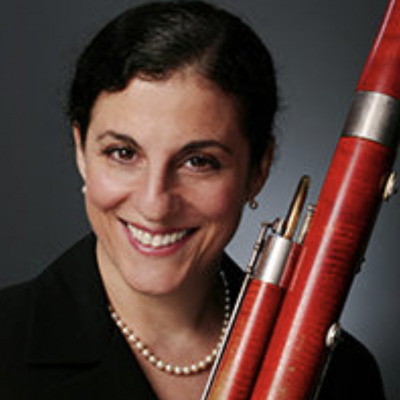 Kim Laskowski joined the New York Philharmonic in September 2003 as Associate Principal Bassoon. Born in Brooklyn, she attended the High School of Music and Art and The Juilliard School, where she studied with Harold Goltzer, former Associate Principal Bassoon of the New York Philharmonic. While at Juilliard she won the Walter and Elsie Naumburg Award for Orchestral Excellence. She completed a master’s degree at Juilliard while playing in the National Orchestral Association, and has also participated in the Tanglewood and Spoleto festivals. Recipient of a Fulbright grant for foreign study, she attended the Conservatoire National Superieure de Paris, where she was a student of Maurice Allard. While at the Conservatoire, she toured Europe as a member of the Orchestre des Prix.

As an active player on the New York musical scene, Ms. Laskowski has appeared with ensembles such as the Orchestra of St. Luke’s, American Symphony Orchestra, and Eos Orchestra. She can be heard on numerous television, radio, and film scores, and holds two platinum records for CDs recorded with the rock group 10,000 Maniacs. As a chamber player, she has performed and recorded several CDs with Music Amici in classical, jazz, and 20th-century works for mixed ensembles.

Before joining the Philharmonic, Ms. Laskowski played second bassoon in the New York City Ballet Orchestra. She was principal bassoon of the Mostly Mozart Festival Orchestra from 1999 through 2003.

Kim Laskowski resides in Manhattan with her husband, Zaharis Kalaitzis, and her two children, Lana and Theo.