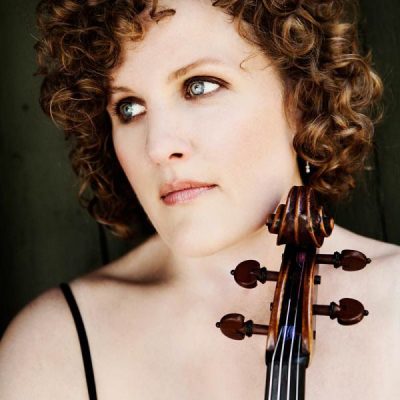 First-prize wins at the Primrose International and American String Teachers Association Viola Competitions launched Kirsten Docter on a career that includes a 23-year tenure with the Cavani Quartet, concerts on major series and festivals throughout North America, Europe, and Australia, and numerous appointments as a master class clinician and teacher.

During her time as violist of the award-winning Cavani String Quartet, Docter performed at Carnegie Hall, Alice Tully Hall, Corcoran Gallery of Art, the Kennedy Center, Festival de L’Epau in France, and the Honolulu Chamber Music Society. She appeared in features on the public radio programs Performance Today and St. Paul Sunday and television programs on NBC, CBS, ABC, and PBS. The quartet was also honored with an award from ASCAP-Chamber Music America for Adventurous Programming of Contemporary Music, as well as Guarneri String Quartet Residency Awards and Chamber Music America Residency Partnership Grants.

Docter formerly served on the chamber music and viola faculty of the Cleveland Institute of Music and has given numerous master classes at universities and music schools. She has been a jury member of the Primrose International Viola, Fischoff National Chamber Music, and Sphinx competitions.

In addition to her position at Oberlin, she is on the viola faculty of the Perlman Music Program and the Madeline Island Music Camp.