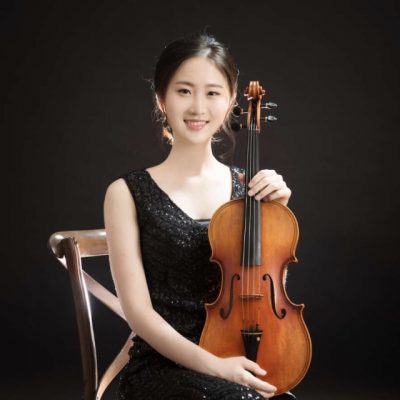 Originally from Anhui, China, Kunjing Dai currently lives in New York City and studies at the Juilliard School where she is a junior Bachelor’s of Music student. She started playing the violin when she was five years old and switched to viola during high school. She has traveled throughout China and the United States performing and studying. Kunjing has attended a series of community chamber performances throughout New York City. She has also participated as a member of the Juilliard Orchestra performing at David Geffen Hall, Alice Tully Hall, the Metropolitan Museum, and others. Her teachers include Misha Amory, Hsin-Yun Huang, and Li Sheng.