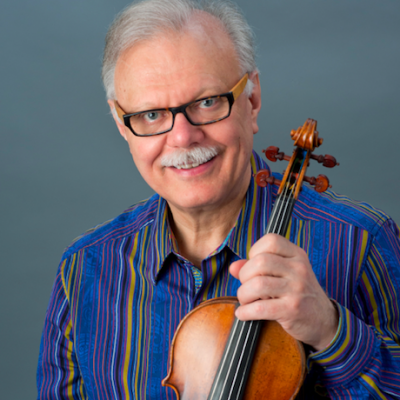 Kurt Sassmannshaus holds the Dorothy Richard Starling Chair for Classical Violin at the University of Cincinnati College-Conservatory of Music (CCM). His students perform as soloists, hold appointments at major conservatories such as Berlin’s Eisler School and Universität der Künste, Beijing Central Conservatory, are in leading orchestra positions such as Berlin, Philadelphia, and play in renowned string quartets.

He founded the Starling Preparatory String Project in 1987 in Cincinnati as a training ground for exceptional young string talent from the United States and abroad. The program also enrolls students in foreign countries via internet lessons. Alumni from this pre-college program have won prizes in major competitions, including the Tchaikovsky Competition in Moscow, Naumburg in New York, and several competitions in China.

Sassmannshaus is a keen observer of the rapidly changing worldwide ecosystems of classical music, audiences, and listening habits. He identifies opportunities to create new venues, presentations, and content for the digital age.

His pioneering violin teaching website www.violinmasterclass.com was published in 2004. In the ten years since the launch, the site has given millions of students, parents, and teachers access to sophisticated knowledge about violin technique practice methods and performance. Much of this knowledge was previously only available to the select few who had access to the world’s best violin studios.

In the summer of 2005, Sassmannshaus founded the Great Wall International Music Academy in Beijing, an annual summer festival for young string soloists. An international faculty including the American String Quartet and prominent teachers from major Chinese, European and American Schools teach sixty young artists from around the world.

He continues expand the pedagogic works in Bärenreiter’s Sassmannshaus Tradition, continuing the work started by his father Egon Sassmannshaus.

His first teachers were his father, Gert Hoelscher, and Conrad von der Goltz in Würzburg, Germany. He studied in Cologne with Igor Ozim and at New York’s Juilliard School with Dorothy DeLay. Sassmannshaus taught in close association with Dorothy DeLay both in Cincinnati and at the Aspen Music Festival and School, where he was on the faculty and on the Board of Trustees for 25 years.