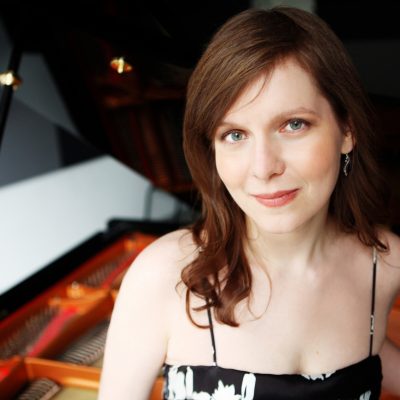 Praised by The New York Times for her “thoughtful musicality” and “fleet-fingered panache,” Liza Stepanova is in demand as a soloist, collaborator, and educator. She has performed extensively in Europe, most recently, as a soloist with the Southwest-German Philharmonic and in chamber music performances at the Berlin Museum of Musical Instruments and Belgrade’s Kolarac Hall. In the United States, she has appeared in Weill and Zankel Recital Halls at Carnegie; Alice Tully Hall, Merkin and Steinway halls in New York City; at the Kennedy Center and The Smithsonian in Washington, DC; and live on WQXR New York, WFMT Chicago, and WETA Washington. Stepanova has twice been a soloist with the Juilliard Orchestra led by James DePreist and Nicholas McGegan and was a top prizewinner at the Liszt-Garrison, Juilliard Concerto, Steinway, and Ettlingen competitions.

As a member of the Lysander Piano Trio, she won the 2012 Concert Artists Guild Competition and received the Grand Prize at the 2011 Coleman Competition. The Trio gave its Kaufman Center and Weill Hall recital debuts in 2014 to enthusiastic reviews, has commissioned two world premieres, and recently released its debut CD After A Dream, which garnered positive reviews from The New York Times’s Classical Playlist, WQXR, and Minnesota Public Radio.

The 2017-2018 season will see the release of Stepanova’s first solo piano CD, recorded in New York City with Grammy Award-winning producer Adam Abeshouse. The recording features music from Bach to Ligeti that was inspired by visual art. Other season highlights include an Albany Records release featuring world premiere recordings of chamber music by composer Tom Cipullo, solo recitals in Atlanta, Minneapolis, San Francisco, and New York City, a residency at the University of North Texas, and chamber music performances at the Resonant Bodies Festival in New York City, Princeton University Summer Concerts, and at the Kravis Center for the Performing Arts in Palm Beach.

Liza Stepanova studied art song collaboration with Wolfram Rieger in Berlin and was invited by the late Dietrich Fischer-Dieskau to perform in several of his master classes including the Hugo-Wolf-Tage festival in Austria. Since 2010, Stepanova has been on the faculty at SongFest at The Colburn School in Los Angeles and also served as the festival’s Associate Artistic Director and Piano Program Director for two years.

Stepanova received her DMA from The Juilliard School with a Richard F. French Award for outstanding doctoral work. Previously a graduate of the Hanns Eisler Academy in Berlin, Germany, she studied with Joseph Kalichstein, Seymour Lipkin, Jerome Lowenthal, and George Sava, and performed in master classes for Alfred Brendel, Daniel Barenboim and András Schiff. Following teaching positions at The Juilliard School and Smith College, she is currently an assistant professor of piano at the University of Georgia, Hugh Hodgson School of Music.