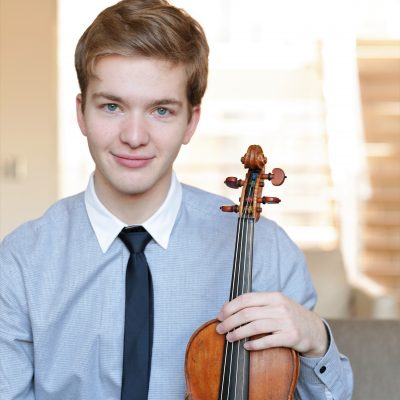 With performances described as “poetic and sincere” (North Star), violinist Misha Vayman is a competition winner, soloist, and educator. He was named first prize winner at the ENKOR International Violin Competition in 2015. As a soloist, Misha has performed with a number of orchestras, including the St. Petersburg Philharmonic in Russia. A dedicated pedagogue, he was a faculty member at Benefic Chamber Music Festival in Indiana and recently led workshops and masterclasses in El Paso, Texas. Misha earned his Bachelor of Music at the Cleveland Institute of Music, and is now a Master of Music candidate at the Colburn Conservatory of Music, where he studies with Martin Beaver.