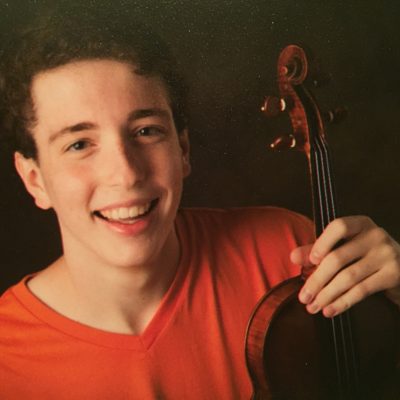 Violinist Nash Ryder is a Maine native and resides in Kennebunk. He began studying violin at the age of seven and attended the New England Conservatory Preparatory School studying with world-renowned pedagogues Anait Arutunian and Donald Weilerstein. Entering the Juilliard School at 17, he received his Bachelors of Music degree with academic distinction and then completed his Masters of Music degree in the school’s accelerated program under the tutelage of Ronald Copes, second violinist of the Juilliard Quartet, and Frank Huang, concertmaster of the New York Philharmonic. In September, he will begin work on his Doctor of Musical Arts degree in violin performance and literature at the Eastman School of Music studying with Robin Scott.

Ryder has competed and performed throughout the Northeast, including performances with the Bangor Symphony Orchestra, Bowdoin International Music Festival, Fort Lauderdale Symphony Orchestra, Meadowmount Society for Strings, Boston’s New England String Ensemble, and the Sarasota Music Festival. Internationally, he has performed at the Château de Fontainebleau in France, the Lake District Music Festival in Windermere, England, and several of Great Britain’s Caribbean islands. In 2012, Ryder was featured on the much-acclaimed NPR radio show “From the Top.”

Outside of music, Ryder enjoys the French language and culture, writing short stories and novels, watching Tom Cruise movies, and keeping up-to-date on all Hollywood gossip and news.