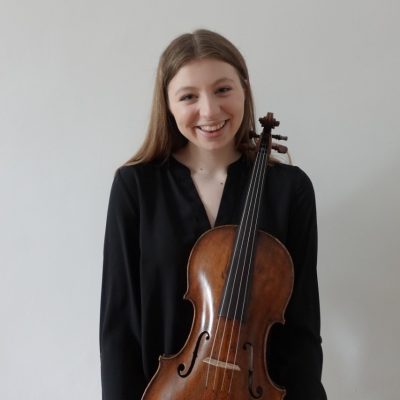 Natalie Clarke is a violist from the Chicago suburbs and is an active solo and chamber performer. She is currently in her fourth year of undergraduate studies at The Juilliard School studying with Heidi Castleman and Hsin-Yun Huang. She has received gold medals at the Fischoff National Chamber Competition and Rembrandt High School Music Competition. Her chamber group has been featured on WFMT – Introductions and NPR’s From the Top. Clarke has also received the silver medal at the Saint Paul String Quartet Competition and has been recognized at Walgreens and DePaul Concerto Competitions.

Clarke has attended the Aspen Summer Music Festival in 2019 as a recipient of the New Horizons Fellow and summer of 2021 as an ACA Fellow. She has also attended the Bowdoin Music Festival in Maine and has toured Ireland, Scotland, France, and Netherlands with the Midwest Young Artists Conservatory orchestra.