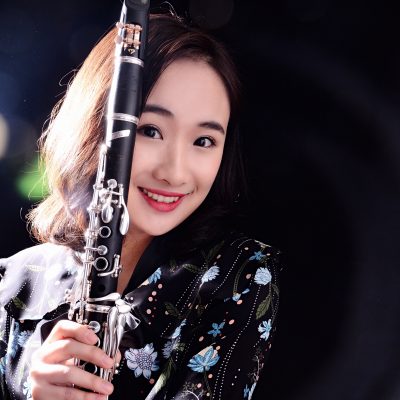 Clarinetist Ning Zhang is pursuing her Bachelor’s and Master’s of Music at The Juilliard School through the highly selective Accelerated BM/MM Program, under the celebrated clarinetist Charles Neidich. As a young orchestral clarinetist, Ms. Zhang has performed with many ensembles at The Juilliard School, including the Juilliard Orchestra, Chamber Orchestra, Opera, New Juilliard Ensemble, and Axiom, always bringing joy to the music. During past summers, Ms. Zhang has participated in the National Orchestral Institute and Festival (2018), National Youth Orchestra of China (2017), and Verbier Music Festival (2014, 2016).

In addition to her appearances on the stage, she is also committed to teaching. In the fall of 2017, Ms. Zhang was awarded the position of Teaching Fellow, a two-year fellowship program at The Juilliard School, becoming the first Chinese undergraduate student to receive the honor.

As an international student, Ms. Zhang endeavors to promote communication across cultures. She has been invited as a translator for many masterclasses of celebrated musicians from all over the world, including Robert Diaz, Ayako Oshima, Eddy Vanoosthuyse, and Richard Hawkins. In addition, her Chinese translation of Dr. Kornel Wolak’s “Articulation Types, Clarinet Booklet” has been published and used in conservatories, such as ZheJiang Conservatory in China.