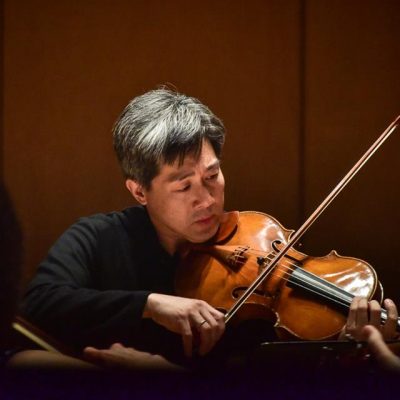 Phillip Ying performs regularly across the United States, Europe and Asia. He recently won a Grammy Award for his work with the Ying and Turtle Island String Quartets, and is a recipient of the Naumburg Award for chamber music. Mr. Ying has also been presented numerous times in recital and as a soloist with orchestras. With the Ying Quartet, he maintains a vital interest in new music. He has been recorded by Telarc, Quartz, EMI, Albany and Elektra.

In addition to performing, Mr. Ying is committed to presenting the arts in creative, unexpected and diverse ways. In 1992, he received a two-year grant from the National Endowment for the Arts to promote chamber music in rural Iowa. Since that time, he continues to be involved in many other projects designed to explore expanded performance concepts as well as the educational and community-building potential of classical music in cities and towns across the United States. In addition, he has served as President of Chamber Music America.

Phillip Ying is the Co-Artistic Director of the Bowdoin International Music Festival.