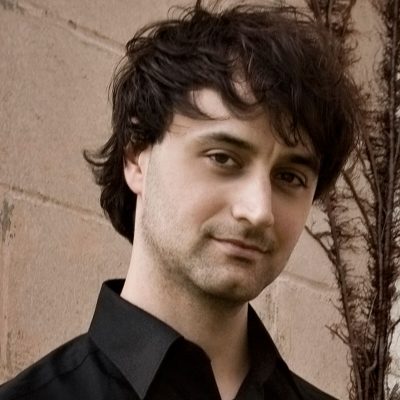 Notable performances during Mr. Dank’s 2019/2020 season include appearances at the National Gallery in DC, the Hawaii Concert Society, Purdue Convocations, Gina Bachauer Concert Series, two consecutive recitals at the Pro Musica series in San Miguel de Allende in Mexico, and a collaboration with Jayce Ogren and the Westchester Philharmonic.  In addition, he returns to the Chanel Chamber Music Festival in Tokyo and to the Portland Symphony for a performance of Saint Saens’ 2nd Piano Concerto under the baton of Eckart Preu.

Mr. Dank’s is an ardent advocate for contemporary music, and has performed in recent seasons Kevin Puts’ piano concerto “Night,” the Tobias Picker concerto, “Keys to the City,” Frederic Rzewski’s “The People United Will Never Be Defeated,” William Bolcom’s Pulitzer-winning set of “Twelve New Etudes,” and has given, alongside pianist and wife, Soyeon Kate Lee, the world premieres of Frederic Rzewski’s “Four Hands,” and Alexander Goehr’s “Seven Impromptus.” This season Mr. Dank and Soyeon Kate lee will feature the world premiere of multiple grammy-nominated pianist and composer’s Marc-André Hamelin’s “Tango” for piano four-hands.

Ran Dank is the co-artistic director and founder of Music by the Glass, a concert series held in a New York SoHo art gallery, dedicated to bringing together young professionals in NYC.

Mr. Dank has received his Bachelors of Music the from Tel-Aviv University, his Masters of Music and Artist Diploma from the Juilliard School, and his Doctorate of Music from the Graduate Center in CUNY. His teachers and mentors include Emanuel Ax, Joseph Kalichstein, Robert McDonald, Richard Goode, and Ursula Oppens. He is the recipient of numerous honors, including prizes in the Naumburg, Sydney, Cleveland, and the Hilton Head International Piano Competitions. He serves as an assistant professor of piano at the University of Cincinnati, College Conservatory of Music, and is on the faculty of the Bowdoin International Music Festival.

Video: Ran Dank and Soyeon Kate Lee perform for the Library of Congress in December 2020. It features a transcription of Beethoven’s Symphony No. 9 and Liszt’s Les Préludes.