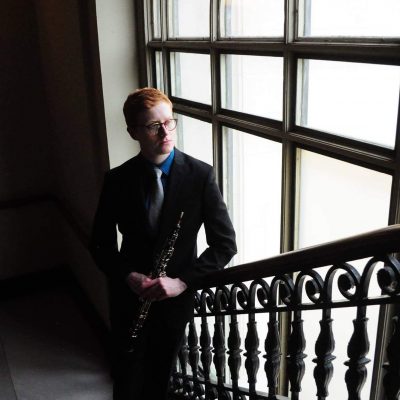 Oboist Shawn Hutchison has appeared in concerts throughout the United States, performing widely in both the chamber and orchestral idioms. While an undergraduate at the University of Cincinnati College-Conservatory of Music, he appeared as a soloist in Haydn’s Sinfonia Concertante and was a recipient of the Marcel J. Dandois Memorial Prize in Oboe. In 2018, he was selected as Yale University’s grantee for the Presser Foundation’s Graduate Music Award. The Festival’s 2019 season marked his second year holding the oboe fellowship at the Bowdoin International Music Festival.

He received his training at CCM and the Yale School of Music, where his major teachers included Dr. Mark Ostoich, Dwight Parry, Christopher Philpotts, and Stephen Taylor.

In the Fall of 2019 Shawn joined The Orchestra Now, a fellowship orchestra which regularly performs throughout New York City and is in residence at Bard College. He plays an oboe made by Howarth of London.