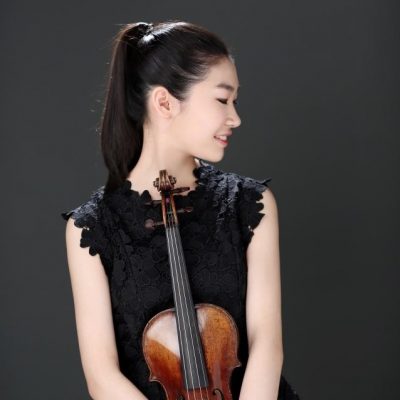 Violinist Sory Park is from Gwangju, South Korea. She began to play the violin at the age of five under the instruction of her aunt who is also a violinist. She was awarded the third prize at the 2019 Stulberg International String Competition and the second prize at 2017 Ilona Feher International Violin Competition. She has also won first prizes at various competitions, including Ewha & Kyunghyang Competition, Hankook Times Youth Competition, Strad Competition of Korea, and Nanpa National Music Competition. Sory has performed in masterclasses given by Aaron Rosand, Ani Kavafian, Ayano Ninomiya, Sheryl Staples, Amy Schwartz Moretti, Bella Hristova, Mimi Zweig, Ju-young Baek, and Eui-myung Kim. She has participated in several music festivals including Yellow Barn, Music@Menlo, Heifetz Music Institute, and Summit Music festival. In addition, she has collaborated with many orchestras including the Incheon Philharmonic Orchestra, among others.

Previously, she attended the Yewon Arts School, where she graduated with honors and received the “Jung-gu Council Chairperson Prize.” She subsequently entered the Seoul Arts High School with honors. She is currently completing her BM degree at New England Conservatory under the tutelage of Professor Soovin Kim.