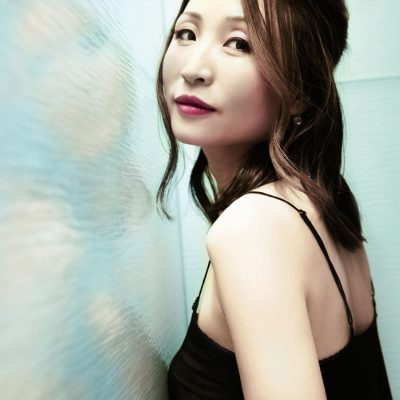 First prize winner of the 2010 Naumburg International Piano Competition and the 2004 Concert Artist Guild International Competition, Korean-American pianist Soyeon Kate Lee has been lauded by The New York Times as a pianist with “a huge, richly varied sound, a lively imagination and a firm sense of style,” and by the Washington Post for her “stunning command of the keyboard.”

Highlights of the 2019/2020 season include appearances at the National Gallery where she will give the world premiere of Marc-Hamelin’s “Tango” for four-hands with her husband and pianist, Ran Dank, as well as the Gina Bachauer Concert Series, Purdue Convocations, Rockefeller University, Hawaii Concert Society, Corning Civic Music, Cleveland Art Museum, and Rob Kapilow’s “What Makes It Great” at New York’s Merkin Hall. She also returns to the Hawaii Symphony Orchestra under the direction of Carlos Miguel Prieto, and collaborates in concert with the Escher and Daedalus String Quartets.

An active chamber musician, Soyeon Kate Lee frequently collaborates in many chamber music festivals throughout the United States, including the Santa Fe Chamber Music Festival and Music Mountain, and has been a member of the coveted Lincoln Center Chamber Music Society Two program where her performance of the Mozart Piano Trio was broadcast on PBS Live from Lincoln Center.

A Naxos recording artist, her discography spans Scarlatti Sonatas, Liszt Opera Transcriptions and two volumes of Scriabin works, with upcoming releases of Clementi Sonatas, as well as another volume of Scarlatti Sonatas. Ms. Lee’s recording of Re!nvented under the E1/Entertainment One (formerly Koch Classics) label garnered her a feature review in the Gramophone Magazine and the Classical Recording Foundation’s Young Artist of the Year Award.

A second prize and Mozart Prize winner of the 2003 Cleveland International Piano Competition and a laureate of the Santander International Piano Competition in Spain, Soyeon has worked extensively with Richard Goode, Robert McDonald, Ursula Oppens, and Jerome Lowenthal. A graduate of the Juilliard School, Ms. Lee was awarded every prize given to a pianist at Juilliard, including the William Petschek Piano Debut Award at Lincoln Center and the Arthur Rubinstein Award.

Ms. Lee is the co-founder and artistic director of Music by the Glass, a concert series dedicated to bringing together young professionals in New York City. Ms. Lee is an Associate Professor of Music in Piano at the Cincinnati-College Conservatory of Music and serves on the piano faculty of the Bowdoin International Music Festival. She lives in Cincinnati with her husband, pianist Ran Dank and their children Noah and Ella.