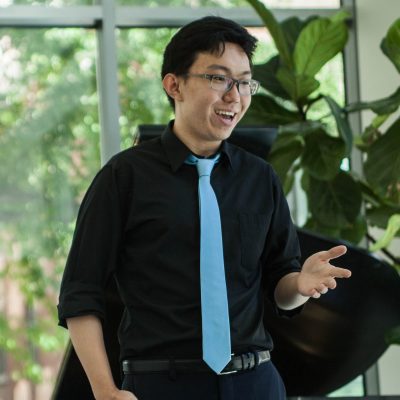 A native of Shenzhen, China, pianist TianYi Li was born with a rare heart condition and a weak immune system, which made attending school difficult for most of his childhood. Thus, piano became his only friend. After winning several piano competitions in China, and with a healthier body, TianYi went abroad to study in the United States in his early teens at the Professional Children’s School in New York City, knowing practically no English. Within six years, he had finished his high school and undergraduate curricula, graduating cum laude from New York University Steinhardt, where he studied piano with Eduardus Halim. During this time, TianYi was awarded the Third Prize (First Prize vacant) alongside three other special prizes at the 2017 Tbilisi International Piano Competition, only five months after undergoing an open-heart surgery. Following the completion of his Master of Music studies at The Juilliard School in 2020, he was accepted by the school’s C.V. Starr Doctoral Program, and is currently pursuing his Doctor of Musical Arts degree under the guidance of Jerome Lowenthal.

TianYi’s passion for music extends beyond solo piano playing. As an advocate for new music, he participated in AXIOM and New Juilliard Ensemble, performing chamber music works in Peter Jay Sharp Hall and Alice Tully Hall in the 2018 and 2019 seasons. A devoted pedagogue, TianYi serves on the piano faculty of the Bronx Conservatory of Music, and maintains an active studio where he teaches piano alongside theory, music history, and electronic music production.