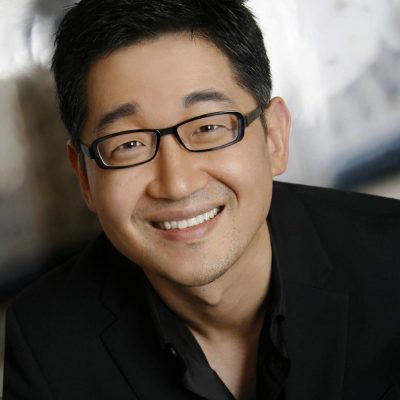 Pianist Tony Cho enjoys a wide-ranging career in keyboard collaborative art, as a recitalist, chamber musician, and opera and vocal coach. He has performed at Weill Carnegie Hall in New York City, Meany Hall in Seattle, Harris Concert Hall in Aspen, the Honolulu Museum of Art, Zipper Hall in Los Angeles, and many others in the United States and abroad. His performances have been featured live on KHPR in Honolulu, KVOD in Denver, and on WVIZ Cleveland’s Ovations Series. Together with his duo and chamber music partner, violinist David Bowlin, Cho has appeared at Chamber Music Quad Cities, An die Musik NYC, at the University of Connecticut, the University of Washington, Oklahoma State University, and Royal Arts & Music in Seoul, South Korea. He has served on the music staff at many opera houses including Central City, Glimmerglass, Hawaii, Long Beach, Sarasota, Tulsa, and Virginia. He has also been vocal arts coach at The Juilliard School, University of Southern California’s Thornton Opera, and guest coach at the Central Conservatory in Beijing, China.

Originally from South Korea, Cho is currently opera and vocal coach at the Oberlin Conservatory of Music, and during the summer he is on the faculty of SongFest at the Colburn School in Los Angeles.