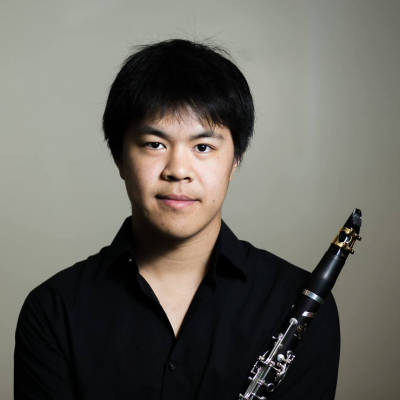 Born in San Jose, California, and growing up in China, Taiwan, and Japan, Mr. Hsieh started playing the clarinet at age 16, studying with Janet Averett. He attended UCLA, studying with Michele Zukovsky, and is currently a Masters student at Mannes School of Music, with Charles Neidich.

Mr. Hsieh is also a performer outside of music, competing in the National Yo-Yo League. He has won contests, and currently runs a brand, designing yo-yos for the market. He also enjoys fine dining, cooking, and snowboarding.