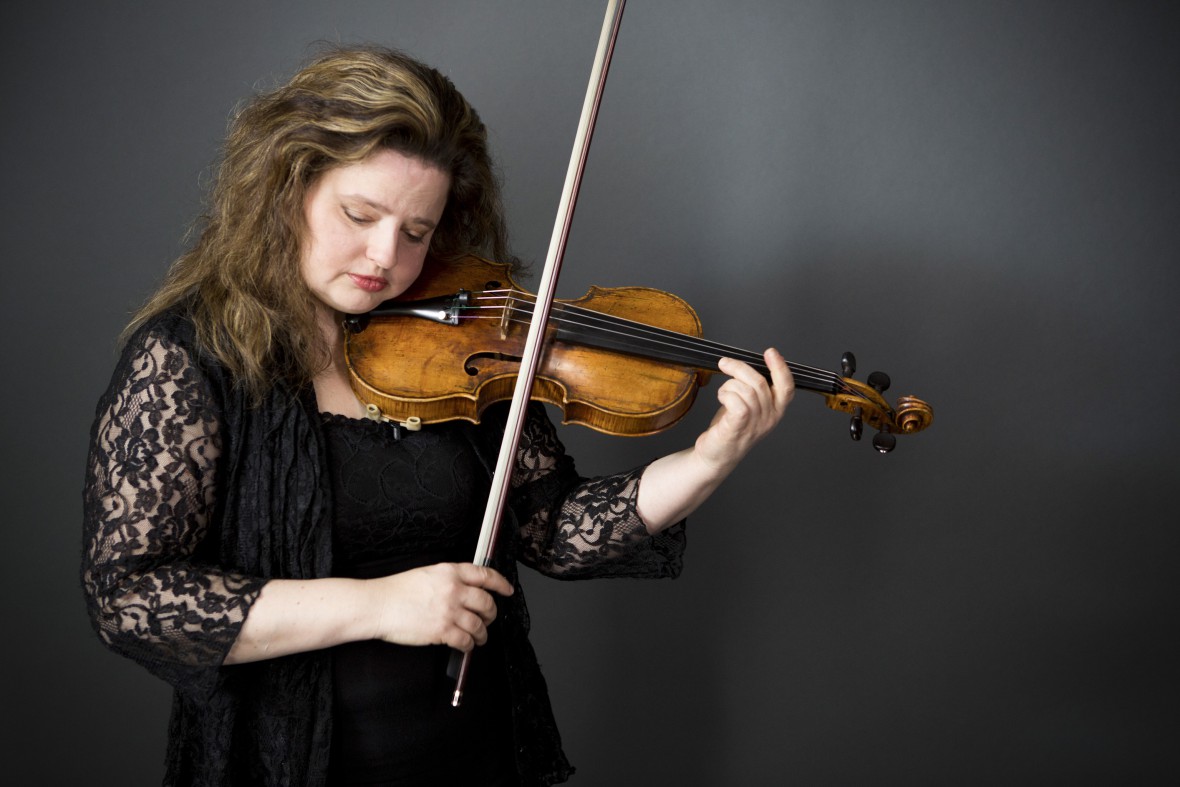 Tonight’s program opens with the work of composer, pianist, pedagogue, and scholar Louise Farrenc, a towering musical figure of 19th-century Paris. In addition to her many accomplishments, she fought for equal pay with her male colleagues as the only woman professor at the Paris Conservatoire. Her beautiful Piano Quintet takes up the sonorous instrumentation of Schubert’s Trout Quintet, performed last week. The second half of the program brings to light another forgotten gem, the romantically-inclined Sextet by turn-of-the-century British composer Frank Bridge.

Louise Farrenc, née Dumont, was born into an artistic family: the Dumonts, extending back to her great-great-grandfather Pierre and including her brother Auguste, were successful sculptors. Louise, however, took up studies on the piano, where her precocious talent was immediately evident. She took keyboard lessons with Cécile Soria, who had been a student of Clementi’s, and studied composition with Anton Reicha. In 1821 she married Aristide Farrenc, a flutist and music publisher who became Louise’s professional partner and supporter, promoting and publishing her compositions.

Farrenc performed prolifically, to such acclaim that in 1842 she was named a professor of piano at the Paris Conservatory. Her reputation as a pedagogue grew as her students consistently won prizes. Meanwhile, she also became active as a scholar, publishing with her husband a 23-volume anthology covering 300 years of keyboard music titled Le trésor des pianistes, thus becoming an important figure in the rebirth of interest in historical music (“la musique ancienne”) that was sweeping through nineteenth-century France. Farrenc’s immensely successful career seems at odds with her contemporary obscurity. Much of this incongruity must be attributed to the sexism of audiences, critics, historians, and even colleagues – Farrenc’s salary at the Conservatory was half that of her male counterparts for much of her tenure there. Neither perhaps did it help her legacy that her compositions were largely instrumental works, which in her time would not have garnered the fame or prestige of opera.

The preponderance of Farrenc’s early compositions were for solo piano; the Piano Quintet No. 1 was Farrenc’s first chamber music work, and she completed another piano quintet within a year of the first. She may have been drawn to the genre by the quintets of the famed Johann Nepomuk Hummel, who had visited Paris in 1830 and given some keyboard lessons to Farrenc.

Ravel nurtured a long-held fascination for the Viennese waltz, as epitomized by Johann Strauss, Jr., and Franz Schubert. As early as 1906, he began sketching a work titled “Wien” (Vienna), which he later recalled was conceived as “a sort of apotheosis of the Viennese waltz, mixed, in my mind, with the impression of a fantastic and fatal whirl.” He did not complete the work at that time, although he incorporated some of those sketches into Valses nobles et sentimentales (1911) – a more lighthearted work for solo piano, inspired by Schubert’s similarly titled set of waltzes, and published as a tribute to what Ravel called the “delicious and novel pleasure of a useless pastime.”

La Valse represents the ultimate culmination of Ravel’s desire to exalt the waltz. Ravel was approached by Sergei Diaghilev, impresario of the Ballets russes in Paris, for a new work. (The two had collaborated on Daphnis et Chloé in 1912.) Ravel returned to his earlier sketches, setting a scene in the Viennese Imperial Court, 1855: “Swirling clouds allow glimpses, through rifts, of waltzing couples. Little by little, the clouds dissipate, and we perceive an immense hall filled with a whirling crowd. The stage gets progressively brighter. The light of the chandeliers bursts at the fortissimo.”

When Ravel submitted his work to Diaghilev, however, the latter rejected the work, disdainfully characterizing it as a “picture of a ballet” rather than a ballet, and souring his relationship with Ravel. (Fortunately, the duel Diaghilev tried to instigate never materialized.) Today, the work is typically performed without choreography, either in the original two-piano version, an orchestrated version, or in an arduous solo piano adaptation made by Ravel.

Frank Bridge was born in Brighton, on the southern shores of England, and grew up in an enthusiastic musical household: his father, having deserted his career in printing, became music director of the Brighton’s Empire Theatre and began teaching violin. At a young age, Frank, too, began learning the violin, while experimenting with composition and acting as an apprentice for his father, periodically fulfilling his conducting duties at the Theatre. In 1897, he was awarded a scholarship to further his studies in violin at the Royal College of Music in London. While there, he also studied composition under the famously intense Charles Villiers Stanford, whose students also included Gustav Holst and Ralph Vaughan Williams. When Bridge left the College in 1903, he shifted to the viola, and gained a reputation predominantly as a chamber music player – most notably as a member of the English String Quartet, founded in 1909. He supplemented his income with teaching (Benjamin Britten was his most prominent pupil) as well as with conducting jobs, particularly as a substitute, and managed to find time for composition all the while.

It is in this early stage of his career that he composed his Sextet in E-Flat Major, begun in 1906, but not completed until 1912. He premiered the work in what is today Wigmore Hall, London, with his quartet, supplemented with colleagues from his conservatory days. Bridge will have certainly had the string sextets of Brahms in mind as model works; however, it was perhaps his own performance career that most deeply informed his compositional approach, as fellow composer Herbert Howells noted in his eulogy for Bridge: “His pronounced aptitude for chamber music performance powerfully affected the whole process of his thought.”