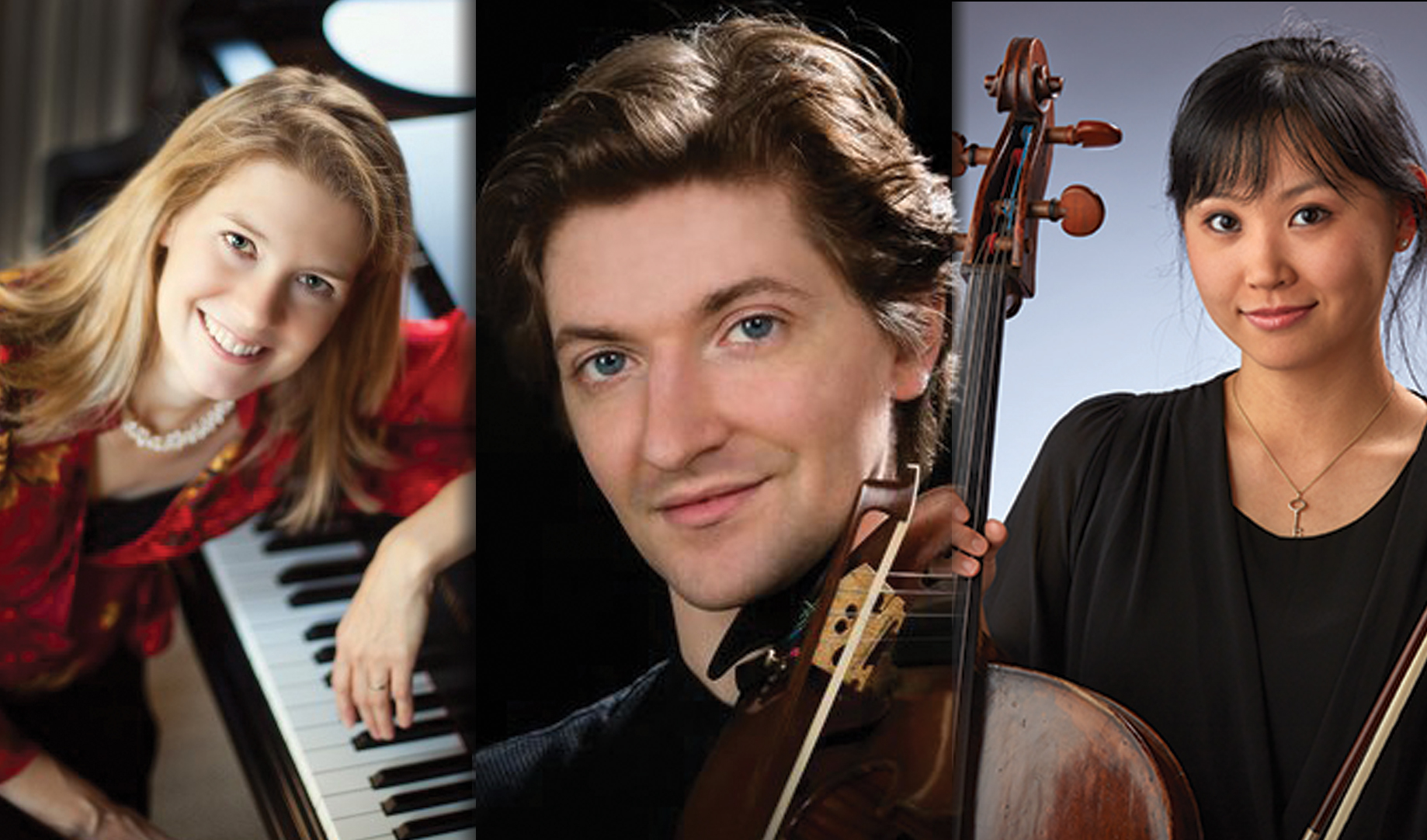 The stage is set one last time for our season finale, beginning with Weber’s courtly collection of waltzes, written for his newlywed. The violists enjoy their time in the limelight with Bach’s festive concerto and its own dance-like Finale. At last, the Orchestra is joined by not one but three soloists for Beethoven’s grand Triple Concerto, as we say farewell – until next year!

Invitation to the Dance, Op. 65

Weber’s singular Aufforderung zum Tanze(Invitation to the Dance) is a work whose charm nearly masks a layer of innovative ingenuity. For one, it constitutes an early venture in “program music” – that is, instrumental music that relates a narrative arc. More special, it may also represent a distinct musical ‘first’: the first instance of waltz music specifically composed not for dancers in the ballroom, but rather for an audience in concert.

Weber initially wrote this joyful work as a piano offering, and dedicated to his wife, the soprano Caroline Brandt. Weber had met Brandt a few years earlier – he had engaged her to sing at the Prague Opera, where he was director from 1813 to 1816 – and they married in 1817. Upon presenting the piece to Brandt, Weber also provided a detailed description, preciously recounting the scenario as it unfolded in the music, measure by measure. The opening bars, Weber wrote, represent the gentleman’s first proposition of the dancer to the lady, followed by her demural. He pleas again, with more insistance; this time, she accepts. They begin to converse, with increasing warmth and conviviality. The dancers take their places and await the start of the waltz – which ensues with gusto. When the dance concludes, the gentleman conveys his gratitude, the lady replies, and the two take leave.

With its clever and delightful conceit, Invitation to the Dancehas lived an illustrious afterlife since Weber’s piano composition. Liszt and Chopin were among its nineteenth-century champions in performance They began a tradition of virtuosic concert paraphrases taken up by future generations, including turbocharged reimaginings by Carl Tausig and Leopold Godowsky. In 1841, Hector Berlioz made an orchestral version which remains popular. Tonight’s chamber version was arranged by clarinettist Todd Palmer.

In 1721, Bach was growing weary of his post as Kapellmeister for Prince Leopold in the city of Köthen, where he had worked since 1717. Despite the prestige of the post, Bach felt unfulfilled by the scope of the city’s musical tradition, and so he began seeking patronage elsewhere. He assembled a set of six Concertos for Several Instruments– most likely composed at various points over the preceding decade – recopied them freshly, and sent them to the Margrave Christian-Ludwig of Brandenburg-Schwedt, enclosing an elaborate dedication ingratiating himself to the Prussian noble, excerpted below:

“…I have in accordance with Your Highness’s most gracious orders taken the liberty of rendering my most humble duty to Your Royal Highness with the present Concertos, which I have adapted to several instruments; begging Your Highness most humbly not to judge their imperfection with the rigor of that discriminating and sensitive taste, which everyone knows Him to have for musical works, but rather to take into benign Consideration the profound respect and the most humble obedience which I thus attempt to show Him.”

Bach’s saccharine dedication was not sufficient to procure the Margrave’s patronage; moreover, the music was never even performed (it is possible that the court orchestra at Brandenburg was simply not up to the task). The unused scores were only rediscovered over a century later in the Brandenburg archives, just in time for publication in 1850, on the centenary of Bach’s death, and have since become known as the “Brandenburg Concertos.” Bach, meanwhile, remained at Köthen until 1723, when was appointed cantor at St. Thomas Church in Leipzig, where he spent the rest of his life.

Since the concertos were not composed as a coherent set, each of the six possesses individual characteristics, instrumentations, and particularities. The sixth concerto is unusual in its lack of violin parts; rather, it is scored for a combination of violas “da braccio” and “da gamba” – that is, violas held against the player’s upper arm, and those held between the legs – both often rendered today by modern violas. As the only one of the Brandenburg concertos to feature the viola da gamba, it is possible that Bach initially composed the work with his then-current employer in mind; in addition to his skills on the harpsichord, Prince Leopold was an enthusiastic gambist.

Working on the Triple Concerto in 1803, Beethoven wrote to his publisher that he was on to “something really new”. Indeed, Beethoven’s Triple Concerto was exceptional in a number of ways. Although concertos for multiple solo instruments were nothing novel, the combination of keyboard and string soloists was rather rare. Moreover, the piano trio itself had recently become an established chamber music genre at the turn of the nineteenth century, having been developed by Haydn over the previous decades and taken up enthusiastically by Mozart and Beethoven. The structural dynamics of a concerto for piano trio thus pose challenges for the composer: there is a built-in tension between the trio’s identity as a cohesive unit in opposition to the orchestra, and the presence of three virtuoso soloists, in opposition to each other. Beethoven negotiated these competing imperatives through a comparatively understated orchestral texture, leaving space for the trio to soar above the backdrop.

It has long been contended that Beethoven composed the Triple Concerto with his new pupil, Rudolph of Austria, in mind. Rudolph was the youngest of sixteen children of the Holy Roman Emperor, Leopold II. Displaying particular promise at the keyboard from early on, he began taking composition lessons with Beethoven at the age of fifteen, in 1803 – the same year Beethoven composed the Concerto. He would remain a lifelong associate and friend: Beethoven would later dedicate his Piano Concertos No. 4 and 5, the Hammerklavier Sonata, and the Missa Solemnis, among others, to Rudolph over the coming decades. Yet when the Triple Concerto was published in 1808, it bore a dedication not to Rudolph, but to another reliable royal patron, the Prince Lobkowitz. Whatever the case, Beethoven’s musical generosity to his patrons would soon be repaid: that very year, Lobkowitz and Rudolph joined forces to provide Beethoven with an annuity, incentivizing him to remain in Vienna for the rest of his life.