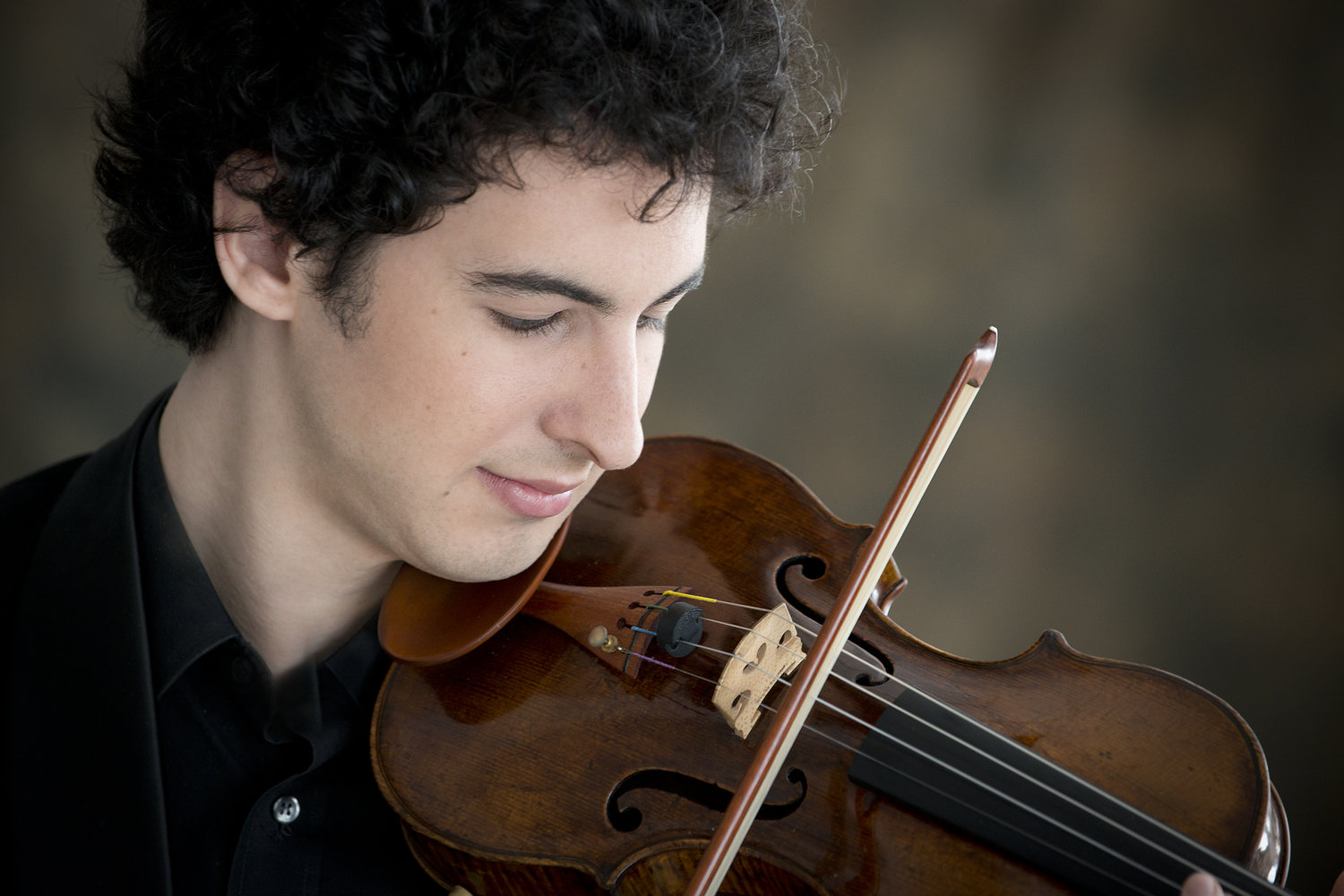 We finish the season with characteristic panache, welcoming Itamar Zorman to the stage alongside the full Festival orchestra. Zorman, winner of the 2011 International Tchaikovsky Competition and recipient of an Avery Fisher Career Grant, performs Dvořák’s String Sextet earlier this season (July 18). Now he brings his touch to Dvořák’s innovative Violin Concerto, composed just as Dvořák was beginning to explore integrating traditional Slavonic music into his own work. The exhilarating Finale will send us dancing off in Czech style until next summer!

Mozart composed the two string quintets K. 593 and K. 614 in the last year of his life; with the exception of a few short ensemble pieces for the recently invented glass harmonica, they constitute his final chamber works. Mozart had recently completed the “Prussian Quartets”, a set of three string quartets composed for the King Friedrich Wilhelm II. However, the addition of the second viola afforded Mozart an even denser medium, allowing him to go beyond the quartets in the density of inner voices and variety of contrapuntal textures. The viola was, after all, the instrument Mozart most enjoyed playing, and this is reflected in his versatile viola writing: often, Mozart’s violas are in the spotlight, trading thematic material in tandem with the violins; at other times, they drive the expressive intensity from behind the scenes, through sustained drones or rhythmic pulsations.

Unlike the Prussian quartets, however, the specific motivation behind this pair of quintets has remained a mystery. When the quintets were published posthumously in 1793, they bore the words, “Composed for a Hungarian amateur”. The leading hypothesis is that the “amateur” was the violinist and merchant Johann Tost, who had played in Haydn’s Esterházy orchestra, and had commissioned string quartets from the elder composer; however, any sale or dedication may equally have been made only after Mozart’s death, by his widow Constanze. Whatever the case, there is anecdotal evidence that Haydn, Tost, and Mozart gathered in Vienna in late 1790 to read through Mozart’s freshly composed quintet (K. 593), along with the two he had composed in 1787 (K. 515 & 516) – with Haydn and Mozart, as the story goes, trading off the coveted first viola part.

Concerto for Violin and Orchestra in A Minor, Op. 53

Dvořák’s chamber music has already served as the centerpiece to four concerts this season, serving as a sort of golden thread throughout the summer. So it is fitting that we return to Dvořák to close the festival, this time bringing the full orchestra onstage.

The Violin Concerto dates from what is often called Dvořák’s “Slavic period” – beginning in the 1870s – when Dvořák started to experiment integrating Central and Eastern European popular and folk musics into his own compositions. It was this hybrid style that drew the attention of Brahms, Hanslick, and Simrock, major figures who supported Dvořák early on and helped popularize his music beyond across Europe. It was through Brahms that Dvořák befriended violinist Joseph Joachim in 1878. At the start of the following year, Joachim premiered Brahms’s violin concerto, and Simrock had the idea that Dvořák should compose his own violin concerto, with the intention that Joachim would perform it. The violin was, after all, the instrument with which Dvořák had first begun learning music from the age of six (although he had later come to favor the viola, not unlike Mozart).

Things didn’t play out according to plan, however; when Dvořák sent the score to Joachim, the violinist overhauled Dvořák’s music, “without missing a single measure,” as the composer reported to Simrock. Dvořák sent a totally reworked concerto back to Joachim in 1800, but once again Joachim made no shortage of changes, and never in fact performed the completed work. Exasperated by Joachim’s intransigence, Dvořák presented the concerto to the younger, up-and-coming Czech violinist František Ondříček. Ondříček diligently studied the concerto under Dvořák’s supervision before premiering it in 1884; he would champion the concerto throughout his career, maintaining it in his repertoire even as his celebrity grew.

In the Finale, listen for the lilting syncopations which might call to mind the “furiant”, a dance which will be familiar to concertgoers who heard Dvořák’s String Sextet and Piano Quintet earlier this season.