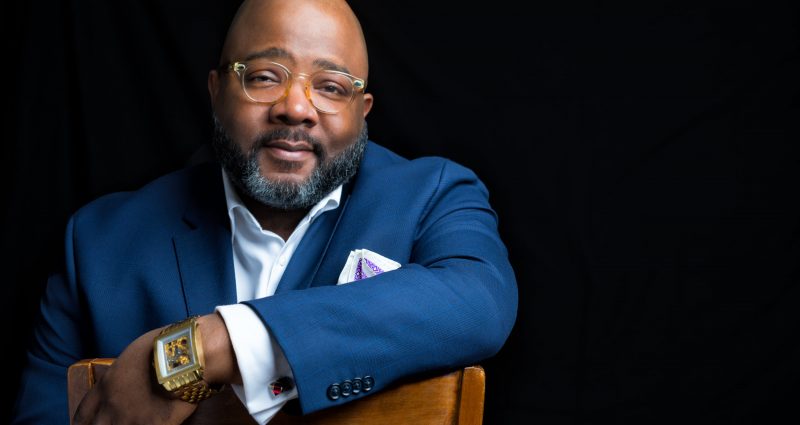 An opportunity to learn about and experience the creative process of a living composer. These distinguished artists will discuss aspects of their music and inspirations and then accept questions from the audience.

Jonathan Bailey Holland (b. 1974, Flint, MI) was influenced early on by his grandfather’s baby grand piano and his father’s record collection, which contained everything from Miles Davis to Bootsy Collins, G. F. Handel, Sergio Mendes, Michael Jackson, Kenny Rogers, and more. Holland draws inspiration from classical, jazz, hip-hop, and other musical genres, as well as from visual art, architecture, poetry, dramatic works, and contemporary events. Early studies of piano, trumpet, tuba, and double-bass led him to Interlochen Arts Academy, where he discovered music composition. He continued his studies with Ned Rorem at Curtis Institute of Music, and Bernard Rands and Mario Davidovsky at Harvard University, in addition to studies with Andrew Imbrie, Yehudi Wyner, and Robert Sirota. He is currently Chair of Composition, Contemporary Music, and Core Studies at Boston Conservatory at Berklee, and Faculty Co-Chair of composition at Vermont College of Fine Arts. He also serves as faculty for the Curtis Summerfest Program.

Holland has been commissioned by numerous orchestras, ensembles, and soloists. He is Composer-in-Residence with the Cincinnati Symphony Orchestra during the 2018-19 season – the first composer to serve that role with that orchestra. His work Ode premiered in November, 2018 and his the fifth work for the orchestra, following the initial commission in 2003 of Halcyon Sun, written to celebrate the opening of the National Underground Railroad Freedom Center. Holland has also been commissioned by the Atlanta, Baltimore, Cleveland, Dallas, and Detroit Symphony Orchestras, among others. Future collaborations and performances are scheduled by the Arx Duo, Buffalo Philharmonic, Concord Chorus, Chicago Modern Orchestra Project, and Eighth Blackbird, and more.