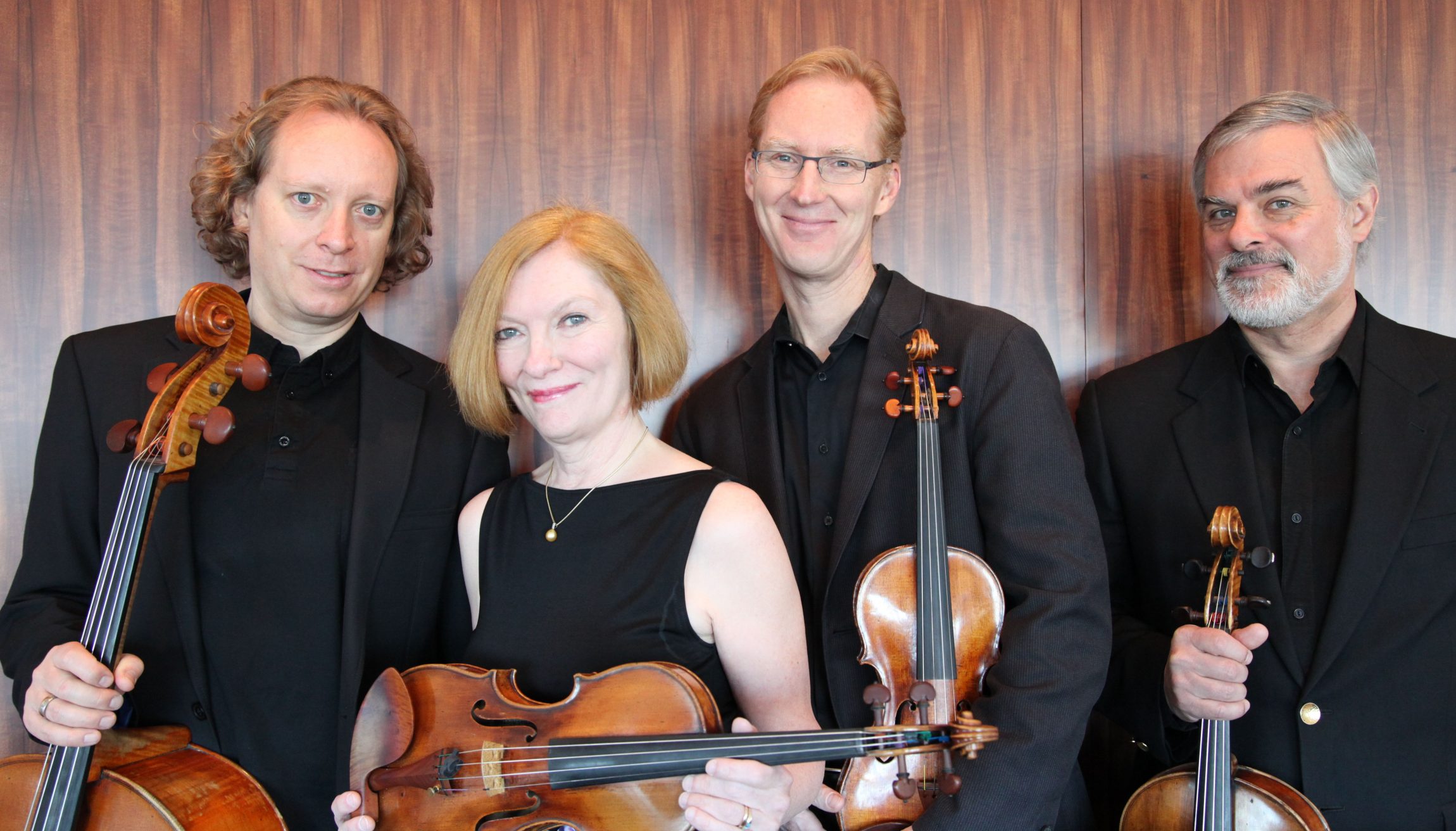 Viaje (Spanish for voyage) was commissioned by Dolce Suono Ensemble, with a grant from the National Endowment for the Arts.

Experiencing Spain for the first time and learning about the stories of Spanish legend El Cid inspired me to compose this 9-minute thrill ride. I was particularly drawn to the relationship between El Cid and his two daughters as they went through an innocent childhood, separation, distrust, and finally, reunion. I imagined the flute as the voice of the daughters, and the cello as the voice of their father. A musical dialogue between the two emerges in the middle of the piece, as if recalling a long-overdue conversation between father and daughters. It wasn’t until the piece was finished that I realized that I had unconsciously married my musical roots as a Chinese-American with my new found love of Spanish music.

Of Maurice Ravel’s String Quartet in F, no comment could be more apropos than Beethoven’s “Tastes differ.” Naturally he was not speaking of this piece, but Ravel himself said of it: “[it] reflects a preoccupation with musical structure, imperfectly realized, no doubt, but which appears much clearer than in my previous compositions.” It was dedicated to Gabriel Fauré, who took over as director of the Paris Conservatoire in the wake of the scandal which attended Ravel’s elimination from the competition for the coveted Prix de Rome. Fauré, however, never acknowledged Ravel’s dedication. Ravel was, in fact, thrown out of Fauré’s class, but continued to attend as an auditor during the time he was writing this quartet.

But let us ignore the opinions of Messieurs Ravel and Fauré. In the opinions of quartet-players and audiences around the world, this masterpiece entered the repertory in 1903, and has been heard hundreds of times each season since then. Why? Because it is perfectly crafted; its structure is lean – there is not one superfluous measure in the work; its part-writing is grateful – each instrument is given lovely things to say in registers that flatter it; and its suave sensuality charms listeners from start to finish. One of the plainest definitions of a “classic” is a work which bears repetition, and this one surely qualifies. Our natty little French friend began as a revolutionary and ended up as the establishment; his musical tastes included the Spanish, Russians, Balinese, and the “jazzers” – and his idea of what a quartet should do in F major awaits you. Our advice: sit back and enjoy, thinking instead of Debussy’s note to Ravel: “In the name of the gods of music, and in mine, do not touch a single note of what you have written in your quartet.”

Beethoven’s first six quartets were written for the few: nobility, potential patrons, friends, fellow musicians; within a decade, the nature of chamber concerts in Vienna had changed. Concert-goers of all classes filled large public venues to hear performances by ensembles of fixed personnel playing a new kind of music.

Count Andreas Kyrillovitch Razumovsky established the first professional string quartet, led by Ignaz Schuppanzigh. The players were promised life-long stipends, met twice weekly, and the Count put them at Beethoven’s disposal. They studied the Op. 59 quartets with the composer and gave the premieres of all three.

Op. 59 No. 3 opens with a harmonic labyrinth which resembles Mozart’s “Dissonant” quartet: non-tonic keys are visited for thirty measures before finding the C major Allegro, to the relief listeners and players. Beethoven’s response to the new concert environment produced works of broader scope, heightened drama, and instrumental effects calculated to move the unknown many rather than the familiar few. The slow movement is by turns contemplative and melancholy without limning tragedy, while a minuet-inall- but-name provides a Haydnesque buffer before a finale of nearly brutally high spirits. Triumph over towering challenges was a theme common to his middle-period works, and this is one of the greatest. While not program music, this Allegro molto bears a message – a Note To Self found in the sketchbooks: “Never again need you feel ashamed of your deafness! Can anything prevent your expressing your soul in music?”

Op. 59 No. 3 was the first Beethoven quartet in the ASQ’s repertory, and it quickly became our “party piece” whenever we sought maximum impact without resorting to Bartók. And thus it continues to serve.