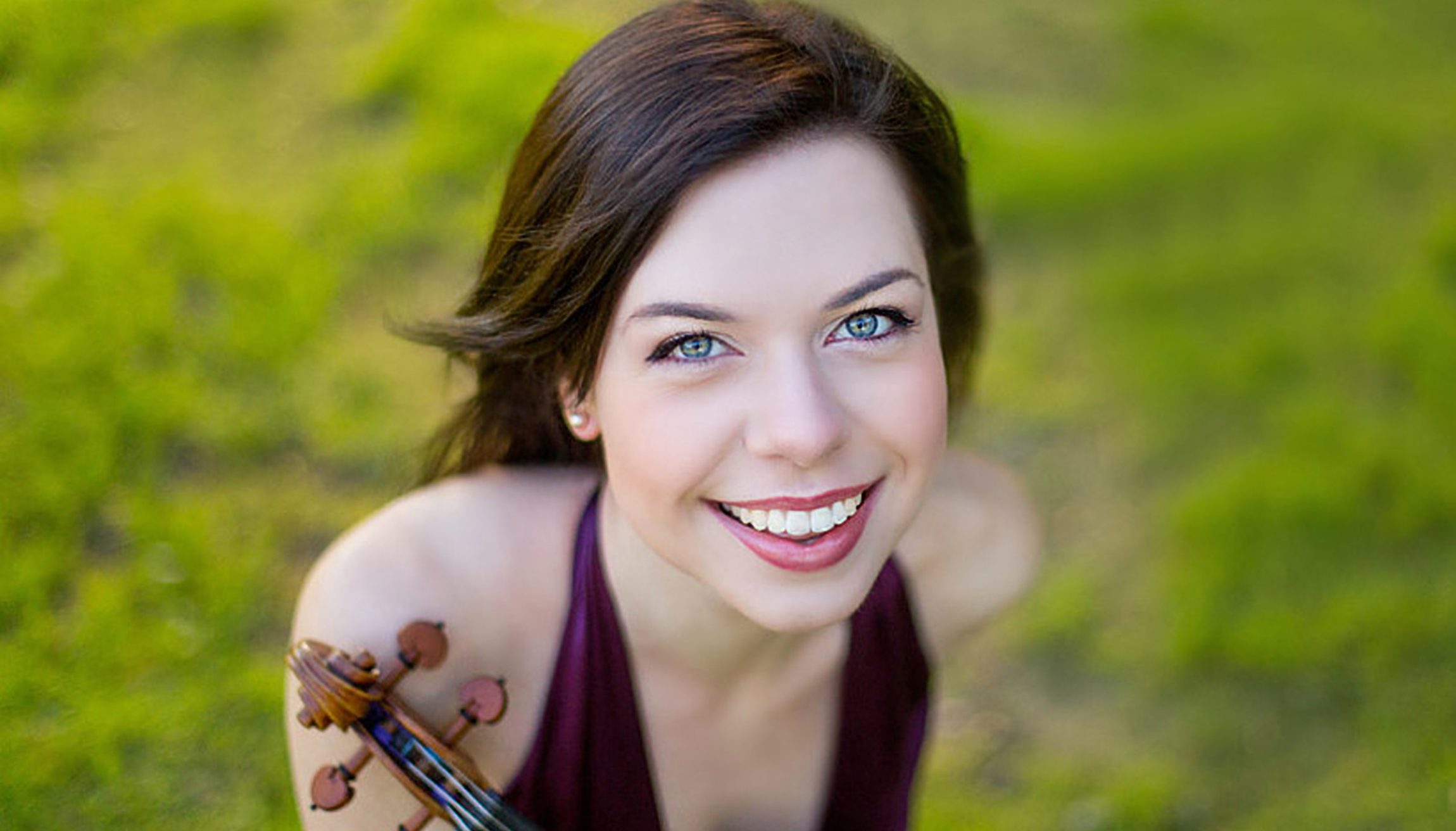 Introducing this summer’s Festival Orchestra! It’s a Nordic Friday evening: beginning with Grieg’s Suite composed in a stately classical style, in homage to the eighteenth-century Norwegian playwright of the same name, and continuing in the second half, when Kentucky-born rising star Tessa Lark tackles the virtuosic cadenzas of Finnish composer Jean Sibelius’ only concerto. In between, more music by guest artist Melinda Wagner: her lively Scritch turns ten this year.

Bergen, Norway’s second city, is perched on the nation’s west coast up against the North Sea. One of northern Europe’s most important historic trade ports, Bergen’s picturesque docks feature a colorful row of pointed wooden houses – a zigzagging skyline protected today as a UNESCO world heritage site. Bergen is also the proud hometown of two of Norway’s most beloved cultural figures, Ludvig Holberg and Edvard Grieg. Born in 1684, Holberg was an Enlightenment philosopher and satirical playwright, nicknamed “Molière of the North” and claimed equally as a national icon by modern-day Norway (where he was born) and Denmark (where he came to reside).

When the city of Bergen was preparing to celebrate the bicentenary of Holberg’s birth in 1884, Grieg, Norway’s most famous composer, was commissioned to contribute music for the celebration. Grieg prepared two works: the first was a cantata for male voices, meant to coincide with the unveiling of a new statue of Holberg. The second was a suite for piano, later arranged for string orchestra, titled Fra Holbergs tid(From Holberg’s Time): Suite in the olden style. The idea was to emulate the courtly music of Holberg’s time – perhaps the very sort of music Holberg himself would have encountered during the extensive travels he made, mainly on foot, across the European capitals in the 1710s. Grieg, pastiching Baroque style, assembled a compilation of dance numbers into a suite which he later referred to as “my powdered-wig piece”. Grieg’s love of popular and folk music nevertheless peaks through in the “Rigaudon”, in which the solo violinist and violist propel the ensemble through an energetic Finale.

Maintaining the Nordic spirit in which we began, tonight’s concert finishes with the only concerto ever written by Finland’s most glorified composer. Sibelius’s decision to compose a concerto for the violin reflects the instrument’s importance in his own musical formation. At the age of ten, Sibelius received the gift of a violin from his uncle; at age 15, his first serious forays into music were the violin lessons he took with the military bandleader in his hometown of Hämeenlinna; and the Sibelius children – Jean, together with his siblings Christian and Linda on the cello and piano – grew up playing trios at home. In the long run, Sibelius’s virtuosity as a violinist was limited. He began to focus increasingly on composition from the 1880s, and by the turn of the twentieth century, with works like his tone poem Finlandia, his fame was steadily growing.

Why Sibelius set about composing a violin concerto in mid-1902 is uncertain. Around that time, Sibelius and his wife were undertaking construction on their rustic residence, “Ainola”, overlooking Lake Tuusula south of Helsinki, which would be complete the same year as the concerto, in 1904. One spark of inspiration may have come when the composer met famed German violinist Willy Burmester. Ultimately, however, this meeting led to a battle of egos: Sibelius had at various moments expressed to Burmester that he wished for him to premiere the new concerto, even as he made arrangements for other violinists to perform it in Helsinki and in Germany; Burmester retaliated by declaring to Sibelius, “I will neverplay the concerto!” He remained true to his word.

Instead, the concerto received an initial premiere in 1904 in an early version, causing a publicity disaster. Critics panned the poor soloist, rather haphazardly chosen by Sibelius, who was hardly up to the challenge. Meanwhile, Sibelius decided to restructure the work, cutting out a number of themes and eliminating one of the cadenzas. As Glenda Dawn Goss has shown, these cuts shifted the work’s equilibrium, situating the remaining cadenza right in the middle of the first movement as a sort of “centerpiece” – a significant formal innovation. The revised version was premiered in Berlin under the baton of Richard Strauss, and, according to Martti Haapakoski, it has become the most frequently recorded of all twentieth-century violin concertos.