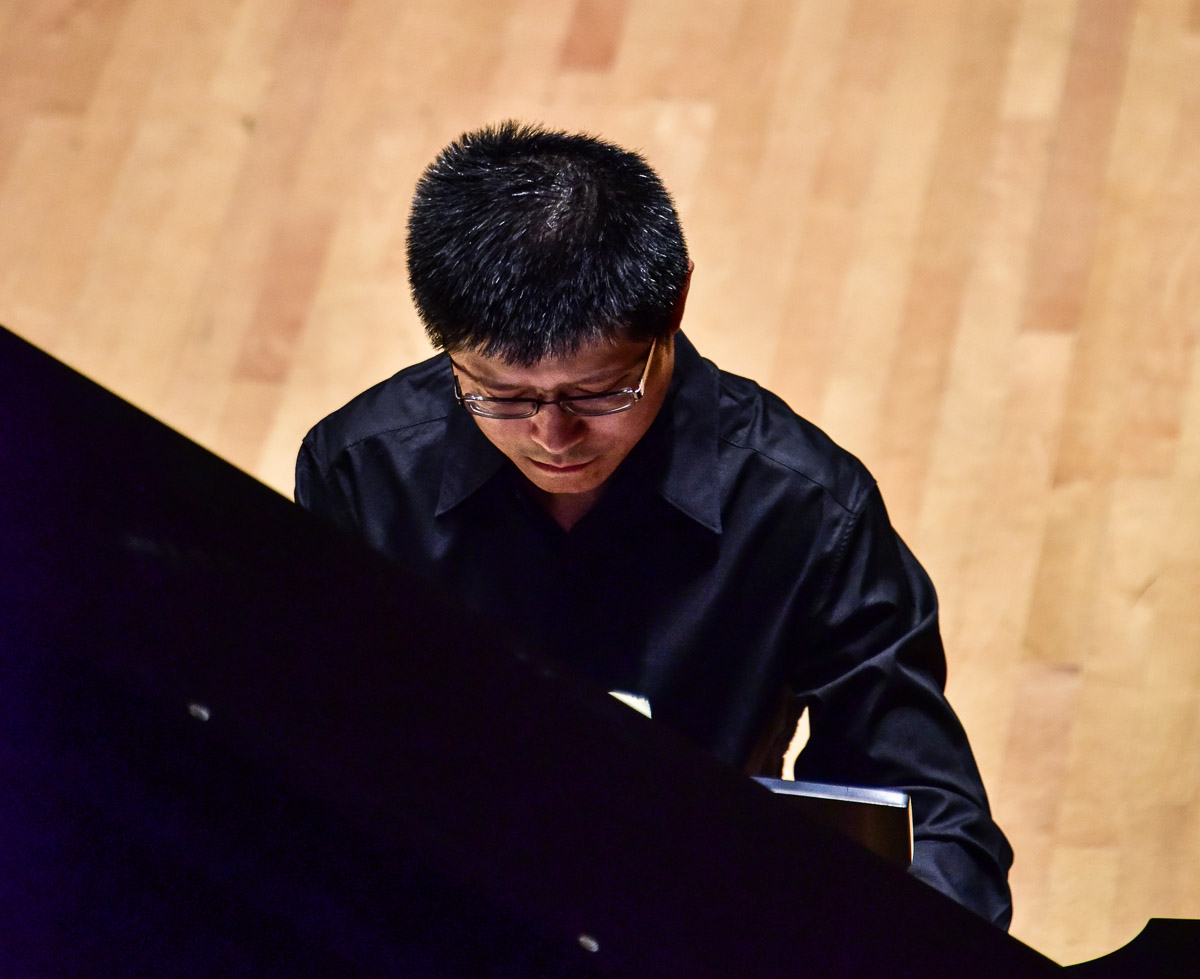 Nino Rota is acclaimed in his native Italy for his prolific career in film, composing the scores to over a hundred films, including such classics as Fellini’s La Dolce Vita and Visconti’s Il Gattopardo. Here we explore his Trio, alternating toccata-like intensity with taut lyricism. Then, following Mozart’s duo sonata, the Ying Quartet with pianist Tao Lin perform Dohnányi’s splendid Quintet, ending the program with its rousing Finale in five-four time.

Trio for Flute, Violin, and Piano

If you have not heard of Italian composer Nino Rota, you may still have heard his music: it was Rota who composed the soundtrack for The Godfather (and Part II). His staggeringly prolific output includes the scores to several classic films by Fellini (La Strada, La Dolce Vita, 8½, Fellini’s Casanova, and others) as well as Visconti (including Rocco and his Brothers and Il Gattopardo); well over one hundred soundtracks in total.

Rota was born in Milan in 1911. He displayed musical talent from a very early age, composing his earliest scores at eight years old and enrolling in conservatory in Milan, then later in Rome. From there, Arturo Toscanini urged him to study with Rosario Scalero at the Curtis Institute in Philadelphia, where he remained for two years, taking conducting lessons with Fritz Reiner alongside composition. Upon returning to Italy, Rota pursued a further degree in literature from Milan, and began composing film scores by the 1940s.

Although it was in the film industry that his legacy towers highest, Rota always kept one foot inside the world of concert music, composing operas, orchestral works, and smaller-scale works for chamber ensembles. He maintained a close friendship with Stravinsky and remained abreast of avant-garde compositional trends, generally keeping his concert music lexicon distinct from his cinematic style. His spirited Trio for Flute, Violin, and Piano, composed in 1958, evokes the neoclassicism of previous decades, with its blending of strings and winds, clear melodies, and bitonal harmonies.

It is possible that Mozart wrote the first works ever composed for four-hand keyboard. Growing up, young Mozart would write pieces he could perform with his sister, Nannerl, also a prodigious keyboardist, five years the composer’s elder. Their father, Leopold, brought the duo on tours across European capitals: the pair performed such pieces on tour in London in 1765 – sometimes, even, with a handkerchief covering the keys for extra merriment – when Mozart was nine years old, and to this day, no four-hands composition has been definitively dated earlier. Such tours continued until Nannerl reached the end of her adolescence, at which point Leopold considered that sister should no longer risk outshining brother, and should rather settle down and marry while Wolfgang Amadé’s musical career developed. Consequently, Mozart ceased composing for four-hands for several years.

The Sonata K. 497 represents Mozart’s return to the form in 1786, by which point he had moved away from his family in Salzburg to Vienna, forging an independent career. He marks the title page “Grande Sonate”, implying a larger, more ambitious treatment of the form. It is not known why Mozart chose to compose another four-hands sonata at this point in his career. We might conjecture that he had a student or suitor in mind; whatever the case, his dedicatee is surely a formidable partner, given the Sonata’s technical challenges, including the galant and sportive dialogue shared between the two players. The work was received enthusiastically in Vienna, soon meriting a follow-up four-hands sonata (K. 521) the following year.

Dohnányi was perhaps best known throughout his life as a central force in the musical life of Budapest, Hungary. He became director of the Budapest Philharmonic, and later also the national Academy of Music, devotedly organising hundreds of concerts each season. He was a formidable and prolific pianist, having studied with István Thomán, himself a student of Liszt – during one notable seasons, Dohnányi performed the complete piano works of Beethoven. He maintained his posts at the Philharmonic and the Academy until legislation was passed in the 1940s requiring that the institutions dismiss all of their Jewish personnel; Dohnányi chose to resign from both rather than carry out the discriminatory law.

Born in Bratislava (then Austria-Hungary), Dohnányi received his first music lessons from his father, and later from the local cathedral organist, before heading to the Hungarian capital to study at the Academy with Janós Koessler. It was while he was still a student there that he composed his Piano Quintet, Op. 1, at age 18, which received its premiere in June 1895. That same summer, Brahms (having heard of the work through Koessler) requested that Dohnányi visit him at his summer residence at Bad Ischl and play the Quintet; Dohnányi, in no financial position as a student to make the journey, posted the score to Brahms, who arranged for a performance of it at once. Brahms, whose own piano quintet will have been an important model for Dohnányi, reported to Koessler following the performance: “I could not have written it better myself”. Brahms further arranged for the work to be reprised the following season at the Vienna Tonküstler-Verein, this time with the young composer at the keyboard, giving Dohnányi the chance to meet Brahms before the latter’s death the following year.