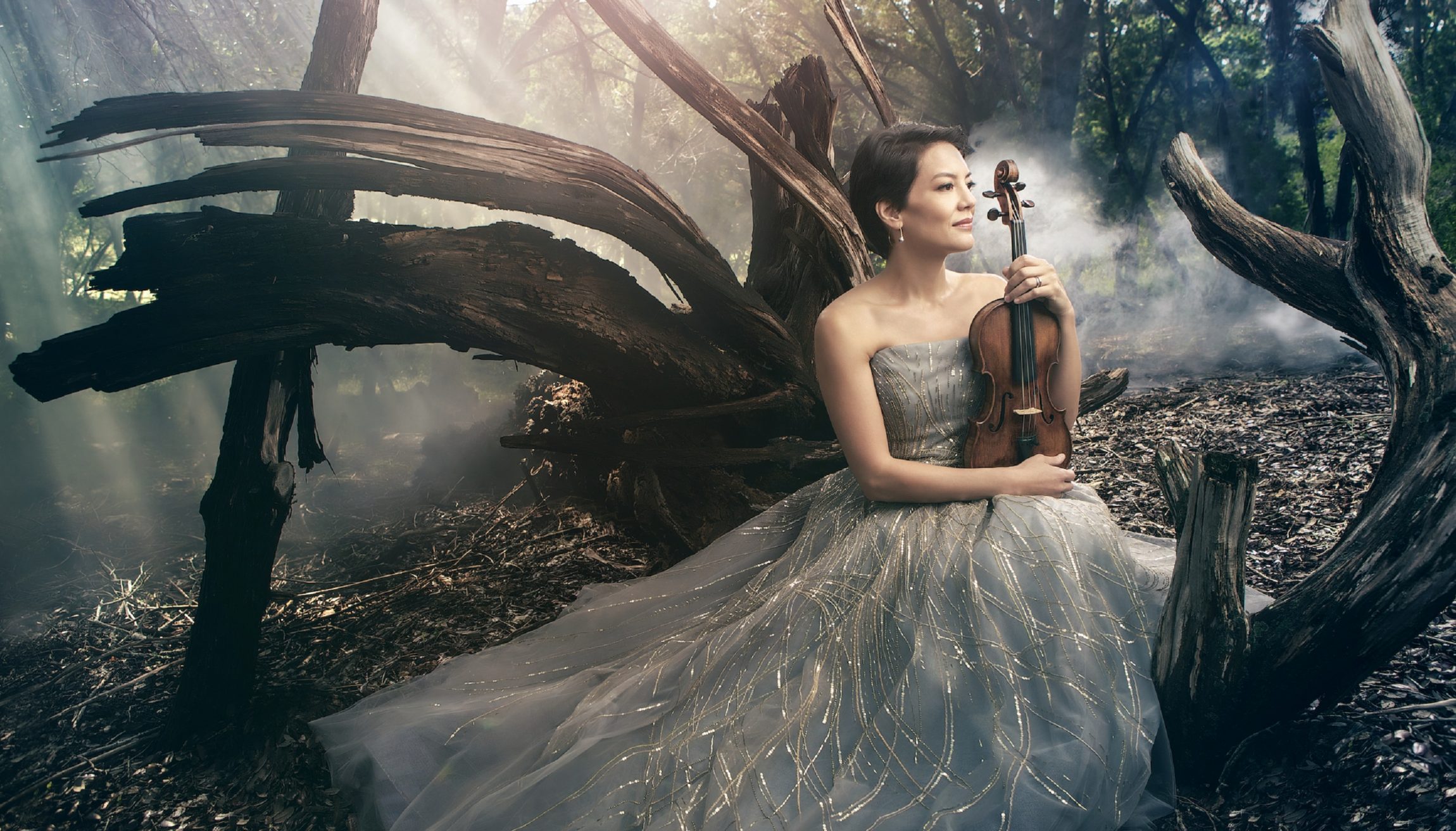 The Festival is privileged to have Anne Akiko Meyers, one of the world’s leading violin soloists, at the Festival this year. In addition to performances with great orchestras around the globe, her career achievements count thirty-five albums (including the 2014 Billboard Classical top seller), world premieres of compositions by Corigliano, Higdon, and Rautavaara, among many others, and television features including The Tonight Show. Her performances of Mendelssohn’s Violin Concerto with the Orpheus Chamber Orchestra were met with rave reviews. Also on tonight’s program, Jennifer Higdon’s luminous chamber work, and Mozart’s showpiece for oboe, performed by Festival artist James Austin Smith.

In 1780, Mozart was summoned from Salzburg to Munich by Karl Theodor, Elector of Bavaria, to compose an opera for the upcoming carnival season. While Mozart was at work on what would become Idomeneo, he encountered an old acquaintance, Friedrich Ramm, principal oboist of the Elector’s orchestra in Munich and Mannheim. The two had previously crossed paths in 1777, while Mozart traveled via Mannheim on his Parisian tour, and Mozart was impressed by Ramm’s virtuosity. Eager to enhance his reputation in Munich by composing instrumental works alongside the opera, Mozart decided to take a brief pause from Idomeneo to compose this Oboe Quartet.

On one hand, as a quasi-concerto for the oboe, Mozart’s colorful composition challenges the virtuoso and pushes technical limits even on modern-day instruments, calling for frequent and rapid leaps and grace in the oboe’s highest register. On the other hand, as a piece of chamber music, the quartet demonstrates Mozart’s imaginative ensemble writing: at one point in the Rondeau, Mozart scores the oboe part in common time (4/4), while the strings continue in 6/8, destabilizing the meter and resulting in a dizzying display of melodic filigree from the oboe.

Mozart’s stint in Munich ended felicitously. The premiere of Idomeneo was a major success; and Mozart, who had longed for years to sever ties with his hometown and find more fulfilling employment, was summoned to Vienna. Once there, Mozart set his sights on performing his newly minted opera for the Emperor, and, after acrimoniously resigning from the Archbishop Colloredo of Salzburg, remained in Vienna for the rest of his life.

Light Refracted is a meditation on the way that light is reflected in people: there is the inward view of that light, which is thoughtful and contemplating, with a wide range of emotion; and outward…the light that we shine out towards the world (in this case, full of energy). The possible number of ways that light can refract (meaning to splinter and reflect in different dimensions and angles) are endless.

When Felix Mendelssohn was sixteen and already a prodigious pianist and composer, he met another precocious musician: the violinist Ferdinand David, eleven months his junior. The two adolescents became close friends, frequently playing chamber music together, and by 1826, David had joined the orchestra of the Königsstädtisches Theater in Berlin, where the Mendelssohn family had recently moved.

In 1835, Mendelssohn was appointed director of the Leipzig Gewandhaus Orchestra, and one of his first acts was to invite David to serve as concertmaster. Three years on, David asked Mendelssohn to compose a violin concerto for him. Mendelssohn seized the opportunity enthusiastically, expressing his ambition to do the commission justice. He wrote to David in 1839, “It is very nice of you to press me for a violin concerto! I have the liveliest desire to write one for you…but it is not an easy task. You want it to be brilliant, and how is such a one as I to manage that?”

Indeed, the concerto proved a challenge for Mendelssohn, whose compositional process often seemed so fluid, and it was not completed until 1845. It underwent a long gestation process, during which Mendelssohn sought David’s thorough collaboration and contribution on technical and structural matters. The work’s structure is innovative on several fronts: for example, rather than an orchestral exposition prior to the soloist’s entry, the violin strikingly introduces the main theme from the start; furthermore, the movements are connected by musical links and performed without pause. The original cadenza, though transcribed by Mendelssohn’s hand, is suspected to have been David’s own.