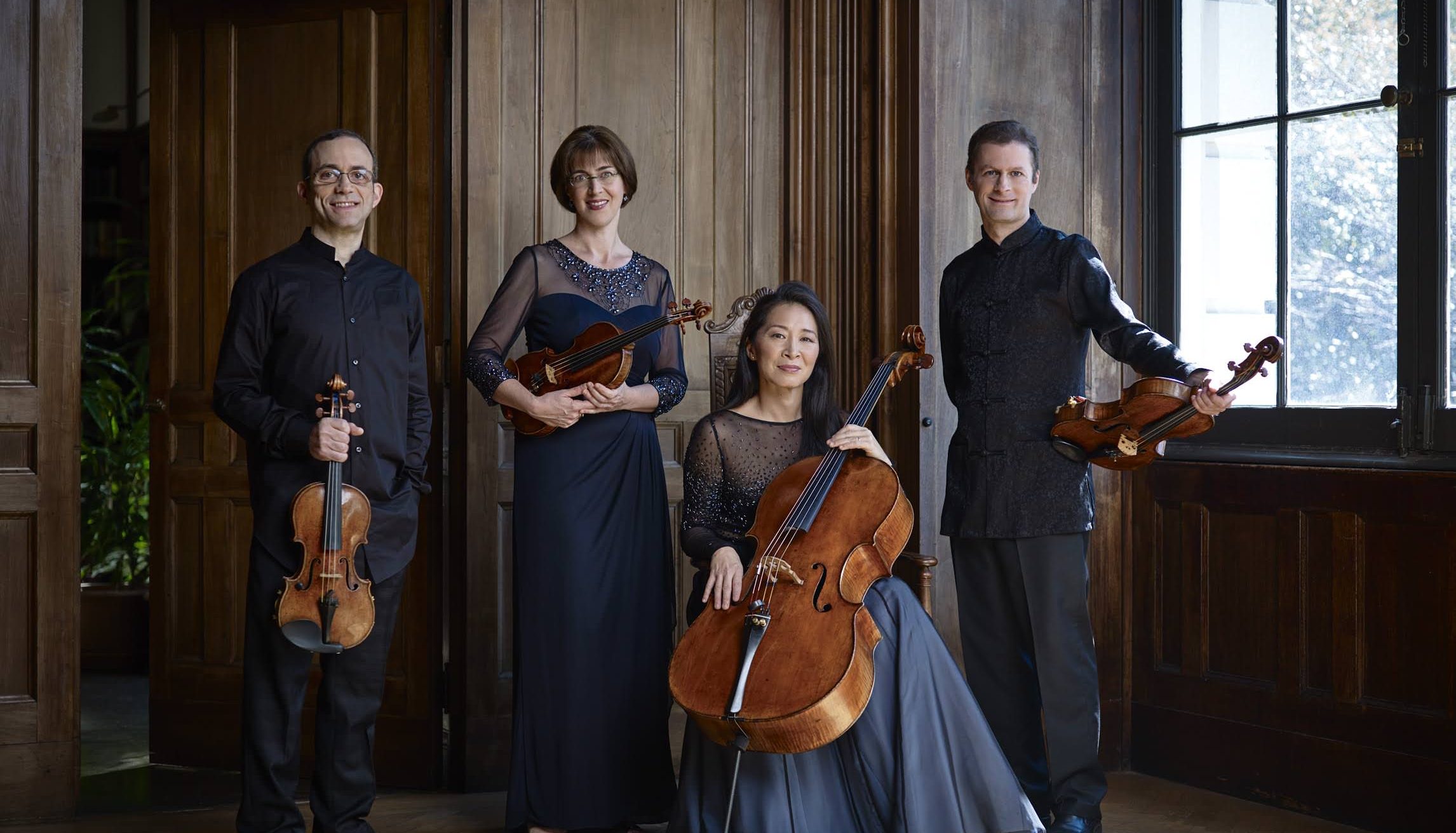 The Brentano String Quartet returns to the Festival for the first time since 2014. The first half of their program spans the breadth of the string quartet genre: from Haydn’s Op. 20 that defined the form and solidified him as the ‘father of the string quartet’, to a late work from one of the most prolific quartet composers of the twentieth century, Shostakovich. In the second half, Phillip Ying joins their ranks to perform Mendelssohn’s mature String Quintet.

Haydn was offered a job at the court of the Esterházy family in 1761, when he was not yet thirty. Fortunately for him, the Esterházys were tremendously wealthy and musically inclined, and working for them afforded Haydn considerable professional and creative opportunities: he had access to their orchestra, resources to mount operas, and constant occasions to compose and play chamber music. Conversely, however, such a career meant that he was principally based in rural aristocratic residences, isolated from the urban metropolis. Looking back on his three decades with the Esterházys, Haydn commented, “I was in a position to be as bold as I pleased. I was cut off from the world; there was no one to confuse or torment me and I was forced to become original.”

One of Haydn’s most enduring musical innovations came in his treatment of the string quartet form. While four-part string writing was not in itself new, previous such quartets tended to take the form of “divertimenti”: light, multi-movement suites, soloistically oriented around the first violin, with support from the other strings. But through his three sets of six quartets (Opp. 9, 17, and especially 20), composed between 1769-1772, Haydn reengineered the genre entirely: he eliminated the second minuet movement, distributing the formal center of gravity more evenly across the remaining four-movement form; and similarly, he distributed the textural center of gravity more evenly across the four players. This evening’s quartet illustrates both of these innovations brilliantly: the work opens with a cello theme soaring above the upper three strings, its role no longer limited to providing bass punctuation. And the Finale features a Baroque-style fugue, including an ‘inversion’ of the subject (marked ‘al rovescio’), effectively turning the musical material upside-down. Haydn thus makes manifest the equality of the four voices and brings an impressive care to the construction of the quartet from beginning to end, earning him his frequent moniker, “father of the string quartet”.

The Beethoven Quartet, an ensemble formed of four graduates of the Moscow Conservatory, collaborated closely with Shostakovich throughout their careers. Formed in 1922, the Quartet premiered thirteen of the composer’s fifteen quartets (all except the first and last of the cycle), and began recording the works in the 1950s. Between 1966 and 1973, Shostakovich composed four string quartets, dedicating one to each member of the ensemble, starting with Vasily Shirinsky, the second violinist, who had died in 1965. The String Quartet No. 12, the second in this sequence, was dedicated to first violinist Dmitri Tsyganov.

Shostakovich opens the quartet with a twelve-tone row (that is, a sequence of twelve notes featuring each of the tones in the chromatic equal-tempered scale only once) introduced by the cello. Shostakovich began experimenting with such tone rows in the late 1960s; although it had been decades since Schoenberg codified the “twelve-tone technique” which had gained him disciples around the globe, the technique had been rather more coolly received in the Soviet Union, where its extreme formalism was considered antithetical to populist politics and repressed by the state. However, Shostakovich’s approach to twelve-tone composition, like that of certain other composers in the Soviet bloc (such as Schnittke, Volkonsky, and Pärt) does not adhere to Schoenbergian techniques of serial development, but instead deploys the cells for effect, in isolation and moderation. He would dabble similarly in tone rows in his Violin Sonata, composed the same year, generating no shortage of interest – and criticism.

Shostakovich later explained his twelve-tone experiments thus: “I did use some elements of dodecaphony in these works. Of course, if you take a theory and use solely this theory, I have a very negative attitude toward this kind of approach. But if a composer feels that he needs this or that technique, he can take whatever is available and use it as he sees fit. It is his right to do so. But if you take only one technique, whether it is aleatory or dodecaphonic, and use nothing but that technique, then it is wrong. There needs to be a mélange.” This sort of melange gives rise to a vast range of contrasting gestures and textures in this quartet, in which austere soliloquies, suspended in time, yield to pulsating passages of dense polyphony.

Mendelssohn’s compositions with opus numbers above 72 indicate that they were, for whatever reason, published posthumously; some of these works are fragmentary, while others remained unpublished because Mendelssohn never felt fully satisfied with them. Such was the case with his now-beloved “Italian” Symphony, for example, as well as with his String Quintet, Op. 87.

Mendelssohn completed the work in 1845, while on a summer retreat to Bad Soden, a spa village outside Frankfurt. The repose was welcome, given the restless lifestyle Mendelssohn maintained in the preceding years: in addition to ongoing commitments in Leipzig and London, he had until recently been in charge of sacred music for Friedrich Wilhelm IV, King of Prussia, in Berlin – a position he had only taken up reluctantly, and from which he was pleased to resign in 1843.

In 1844, Mendelssohn’s friend and colleague, the violinist Ferdinand David, wrote to him suggesting that he write “a new quintet, something I eagerly await” – a suggestion which Mendelssohn duly embraced. In returning to the string quintet form, the composer recollected not only Mozart – who had been a pioneer of the two-viola quintet ensemble late in his life – but also his younger self, having composed his first such quintet at the age of seventeen. The Finale, with its contrapuntal complexity, reflects Mendelssohn’s lifelong dedication to studying the music of Bach; yet it was this Finale which ultimately left Mendelssohn disappointed, as he felt unable to achieve the balance he sought between thematic economy and intrigue. The manuscript, with the other movements otherwise polished, reflects his anxieties; however, at the time of the composer’s death, the composition was left sufficiently intact for editors to produce the posthumous publication, allowing today’s audiences can enjoy this mature work.