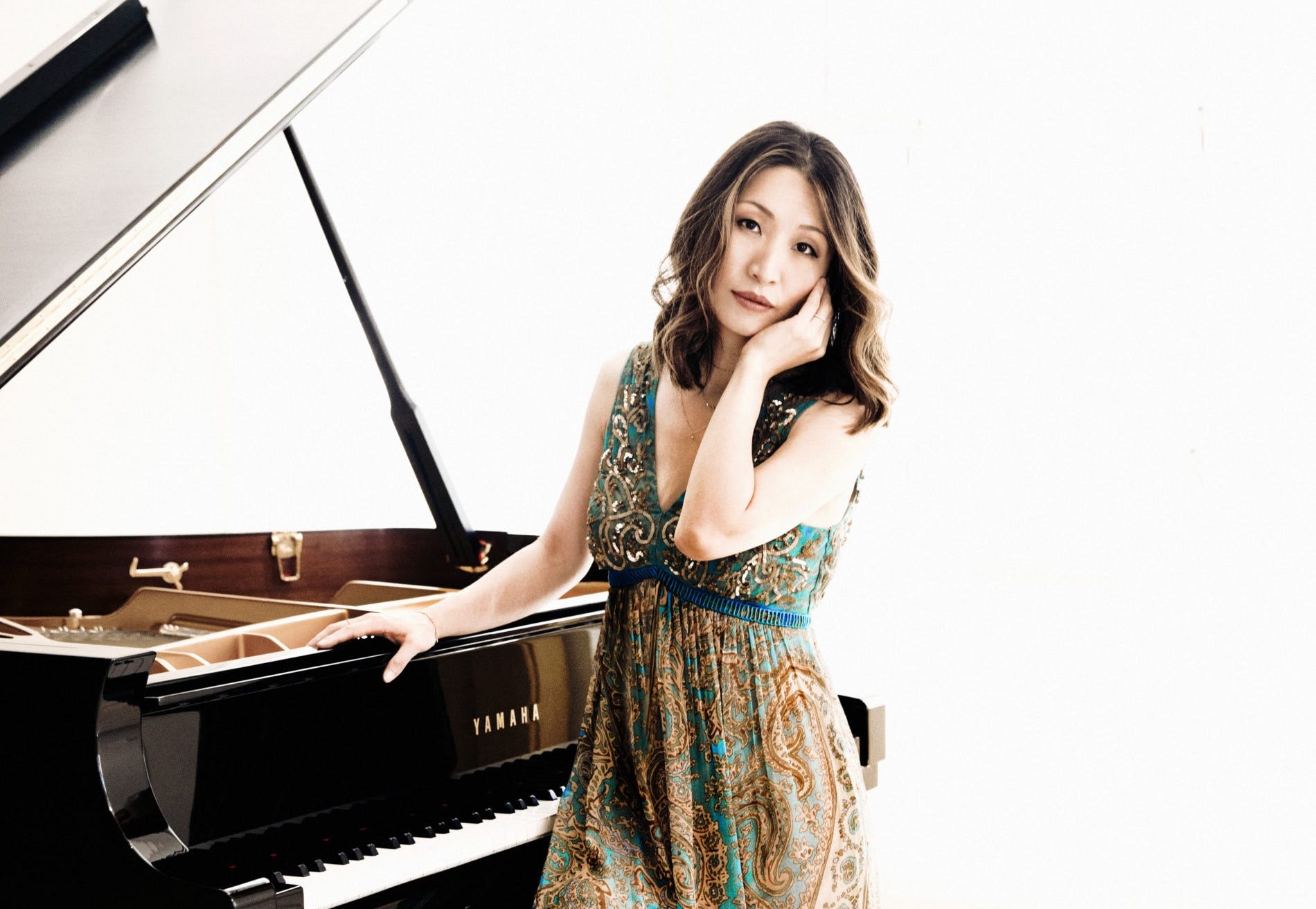 Music made for Maine: it was on a quiet summer’s day in 1955, in the seaside town of Blue Hill north of Bowdoin, that Barber decided to compose his Summer Music for wind quintet. The Rite of Spring, of course, has a more tumultuous history: and it was in this four-hands arrangement – brought to life this evening by Soyeon Kate Lee and Ran Dank – that Stravinsky first read through the work in 1912, with none other than Claude Debussy as his duet partner.

Clarke’s “Nocturne” is the third piece from a projected Suitefor two violins and piano. It was preceded by a “Prelude” and a “Danse Bizarre”, and followed by an unspecified fourth movement which was never completed. Thought to be lost, the manuscript was recovered by the Rebecca Clarke Estate, and the work premiered in 2003.

Born in the North London suburb of Harrow-on-the-Hill to an American father and a German mother, Clarke began violin studies as an adolescent at the Royal Academy of Music in 1903. When her father discovered that one of her professors proposed marriage to her, he extracted her from the institution. Clarke then resumed study at the Royal College of Music in 1907, where she became the first composition pupil of Charles Villiers Stanford. Clarke later described her years at the College as the happiest period of her life, and would remain a close friend of Stanford’s. It is during these years that she composed this suite, as well as a Violin Sonata, both of which garnered her scholarship prizes.

Most of Clarke’s musical career was spent not as a composer but as a highly sought-after violist. She became one of the first women to break the orchestral gender barrier when conductor Henry Wood asked her to join the Queen’s Hall Orchestra in 1912. She spent the ensuing years engaged in performances around the world, including a U.S. tour during World War One. Clarke secured greater prominence as a composer with her Viola Sonata, composed in 1919 and a runner up in the composition competition of the chamber music festival in Berkshire, MA. Although she continued to be based in England, when World War Two broke out, she was visiting relatives in America and found herself unable to return to Europe. She married pianist and Juilliard professor James Friskin in 1944, and remained based in New York until her death in 1979.

When the Chamber Music Society of Detroit commissioned him for a new composition, Samuel Barber had already been foremost among America’s most eminent composers, and the recipient of a multitude of national and international honors. In the 1930s, he had been a laureate of the Rome Prize, allowing him to study for two years at the American Academy in the Italian capital. His music had already been performed in prestigious venues and by premier artists including Arturo Toscanini and Vladimir Horowitz. In becoming a commissioning patron, the Chamber Music Society of Detroit was joining the ranks of Richard Rodgers, Irving Berlin, the U.S. Army, and Martha Graham. And in the years following Summer Music, Barber would be asked to compose new works for the opening of Lincoln Center in New York, and would be awarded a Pulitzer Prize.

Meanwhile, the Chamber Music Society of Detroit was experimenting with an ambitious new grassroots commissioning model. In efforts to activate local enthusiasts and foster a sense of investment in the festival and in new music, the Society asked concertgoers to contribute small donations toward the total value of the commission (while guaranteeing a minimum fee to Barber). While Barber initially felt that the Society might offer support to a local composer rather than to a marquee figure like Barber himself, he ultimately accepted his part in the scheme. While the fundraising model did not catch on across the country as the Society had hoped it might, it generated significant publicity for the festival and the new piece, and was a one-off success.

Summer Musichas a Maine connection. Barber’s decision to compose for wind quintet came when he heard the New York Wind Quintet performing at the Kneisel Hall festival in the coastal town of Blue Hill in the summer of 1954. Captivated by the ensemble, Barber worked closely with its members, crafting a piece which suited the unique styles and techniques of each of its musicians, who went on to champion the work.

The Rite of Spring

In June 1912, nearly a full year before the storied premiere of The Rite of Spring (Le Sacre du printemps) at Paris’s Théâtre des Champs-Élysées, a more intimate unveiling of Stravinsky’s piece took place in Bellevue, a village halfway between Paris and Versailles. The setting was the salon of Louis Laloy – musicologist, critic, and close friend of Debussy’s. Laloy later recounted the episode:

“On a bright afternoon, I was strolling in my garden with Debussy. We were expecting Stravinsky. As soon as he saw us, the Russian musician, with arms outstretched, ran to greet the French master… He had brought the reduction for piano four-hands of his new work, Le Sacre.Debussy agreed to play the bass part on my Pleyel piano. Stravinsky asked for permission to remove his collar. With his gaze fixed through his glasses, his nose pointing toward the keys, occasionally humming a part which had been left out, he led his companion’s agile hands into a flood of sound, the latter following without a hitch and seeming to enjoy the challenge. When they finished, there was no question of congratulatory hugs or compliments… We were silent, floored as if by a hurricane risen from the depths of the ages to tear up our lives.”

Debussy and Stravinsky each carried their own lasting echoes of the encounter. Debussy wrote to Stravinsky half a year later, “I still have in my memory the execution of your RitechezLaloy. It haunts me, like a beautiful nightmare, and I am trying in vain to replicate that terrifying impression.” Stravinsky, meanwhile, was most dazzled by the extraordinary pianistic skill Debussy showed in tackling the work at first sight.

The reduction of the gargantuan score for piano four-hands was initially a matter of practicality rather than preference. Throughout the nineteenth and early twentieth centuries, most substantial orchestral music was published in four-hand reduction as a matter of course, to allow for broader dissemination and familiarisation in an era before mass recording. In the case of ballet music like the Rite, reductions would also have been used to prepare dancers to align choreography with music. The tradition of performing the four-hands version began in the 1960s, when the conductor Michael Tilson Thomas, who had been mentored by Stravinsky in Los Angeles, asked the composer’s permission to record the reduction with Ralph Grierson in what has become a landmark disc. Indeed, the feat of compressing the orchestral textures and polyphony onto a piano creates a spectacle in its own right, demanding physicality from the performers who must overlap limbs, interlock rhythms, and differentiate superposed voices and timbres.