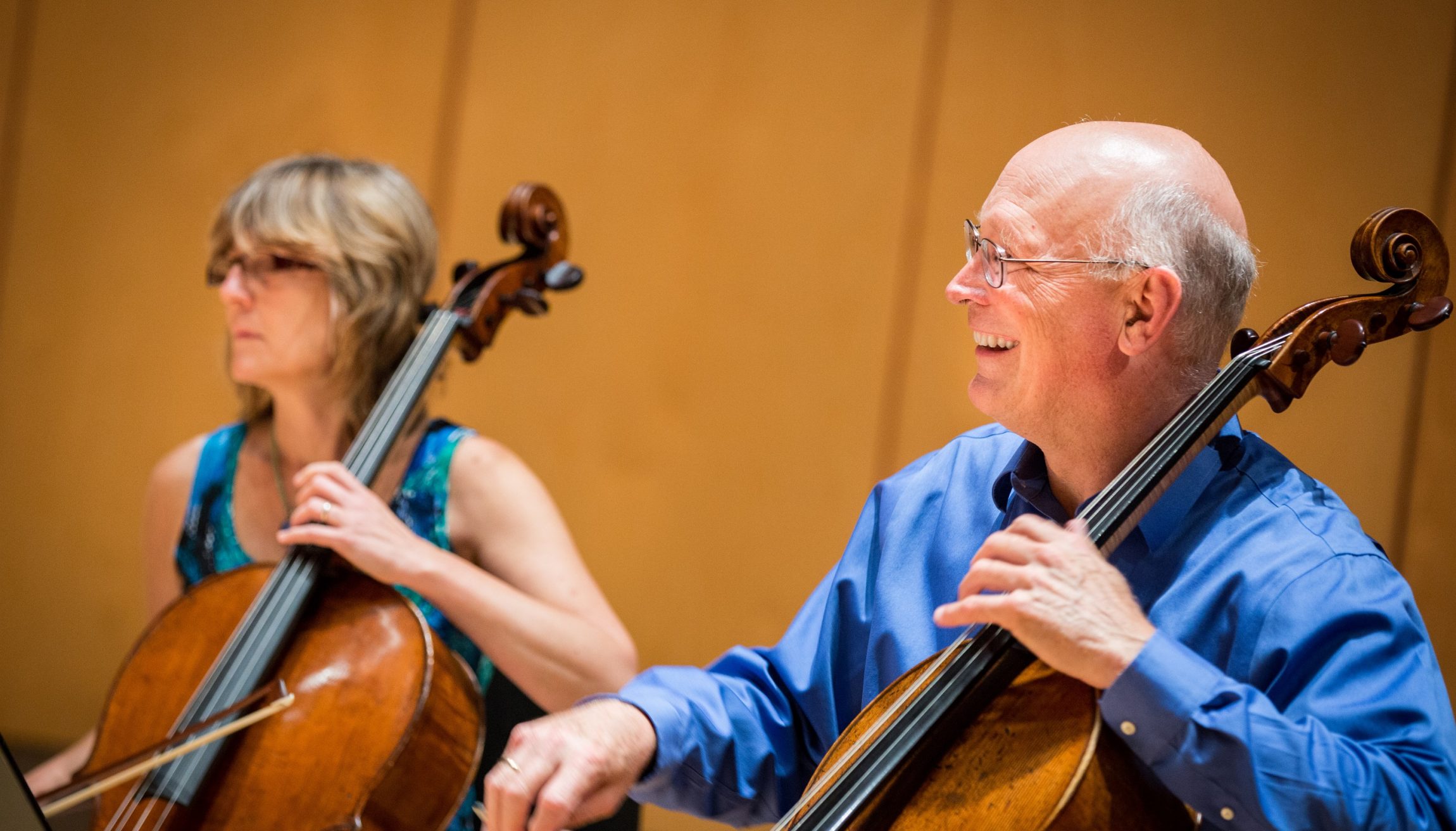 “Every culture has its images of paradise,” writes Maine composer Robert Sirota, “all of which include the sights and sounds of birds.” It is from birdsong that Sirota drew inspiration for his 2008 work, performed tonight with faculty artist Linda Chesis. Birds of Paradise is bookended by Ravel’s sensitive tribute to Classical form, and, on the second half, by Schubert’s first grand Piano Trio, among the formidable flood of compositions penned by the composer in his final year.

In 1903, a short-lived Anglo-French periodical called the Weekly Critical Review launched a contest, calling for composers to submit a piano sonatina of under 75 measures. The music critic and translator Michel-Dimitri Calvocoressi, a frequent contributor to the journal, urged his good friend Ravel to submit something to the competition, and Ravel obliged, composing the concise first movement of his Sonatine.

At this point, Ravel, in his late twenties, was establishing himself as a rising, if somewhat controversial, voice in French music. In 1900 he formed the Société des Apaches (“Hooligans’ Society”), a coterie of like-minded artists, including Stravinsky, Tristan Klingsor, Manuel de Falla, and others, who felt cast out by the established artistic institutions and met weekly to share ideas and work. Over the subsequent years, Ravel annually competed for the Prix de Rome, the prestigious and historic prize which subsidised three- to five-year residencies at the Villa Médici in Rome, and which had in the past been awarded to Debussy, Berlioz, and Massenet. Ravel’s repeated failure to win caused a public scandal, exposing the prejudices and favoritism of the prize committee, and perhaps according Ravel even greater publicity in the long run.

The sonatina competition was, in the end, another prize which Ravel did not win. The struggling journal was going bankrupt, Ravel was the competition’s only entrant, and his submission was nine measures too long; so the competition was simply called off. However, Ravel returned to his miniature entry in 1905, composing two additional movements, and dedicating the work to his close friends (and frequent hosts of the Apaches’ meetings) Cipa and Ida Godebsky. The short composition is an early example of the 20th-century neo-Classical style, paying homage in its structure to the 18th-century sonatina form.

Robert Sirota has provided the following program note to accompany Birds of Paradise:

Hail to thee, blithe spirit!
Bird thou never wert,
That from Heaven, or near it,
Pourest thy full heart
In profuse strains of unpremeditated art.
Percy Bysshe Shelley (1821)

In the days of perfect nature, man lived together with birds and beasts, and there was no distinction of their kind…they were in a state of natural integrity.
Chuang-tzu (369-286 B.C.)

Arise my love, my fair one,
And come away;
For now the winter is past,
The rain is over and gone.
The flowers appear on the earth;
The time of singing is come,
And the voice of the turtledove
Is heard in our land.
Song of Solomon 2:10

“As soon as I began thinking about a new work for the Webster Trio, I began to hear birdsong. Every culture has its images of paradise, all of which include the sights and sounds of birds. In my own experience, I have been fortunate to walk through an equatorial bird sanctuary in Singapore, as well as the woods surrounding my house in coastal Maine. While the sounds of these two environments are worlds apart, both evoke the same sense of wonder, peace and communion with God. It is this mystical dimension- the “profuse strains of unpremeditated art “- of birdsong that has attracted me in composing Birds of Paradise, which is my tribute both to the twenty years of music-making by the Webster Trio and the twenty years of marriage of Leone Buyse and Michael Webster.”

Schubert was in the midst of a period of intense and profound creative expression at the time of his death at age 31. For comparison, if Beethoven had died at Schubert’s age, he would have only composed the first of his nine symphonies, or the first set of string quartets, Op. 18. Schubert, in contrast, had a prolific youth; and the pace with which he was producing significant works was only increasing, as he sought greater prominence as a composer of instrumental music beyond the lieder for which he was best known. It was in his two final years that Schubert composed his “Great” Symphony No. 9, his three last piano sonatas and the impromptus, the song cycle Winterreise, his Cello Quintet, and the two piano trios which Schubert designated Opp. 99 and 100.

The specifics surrounding the completion and premiere of the first trio are unclear; the second trio, which Schubert slightly favored, received more recognition than the first during his lifetime. Both trios were likely to have been composed for a trio including pianist Carl Maria von Bocklet – a friend of Schubert’s who also premiered much of Beethoven’s chamber music, and who frequently concluded concert programs with elaborate improvisations – as well as violinist Ignaz Schuppanzigh – known as the founder of what is generally considered the first professional string quartet, and partly responsible for accelerating the transition of chamber music from the salon to the concert stage.

Schubert did not live to see the broad public acclaim for his instrumental music that he desperately sought; but it eventually arrived. When the trios were published posthumously in 1836, Robert Schumann wrote of Trio No. 1: “One glance at Schubert’s trio – and the misery of humanity recedes, and the world shines in splendor once again.”